Baseball-Cleveland team to change name to Guardians from Indians

(Reuters) -Cleveland's Major League Baseball team said on Friday it will change its name to the Guardians from the Indians following the 2021 season, drawing praise from Native American groups who had long viewed the old name as disparaging.

The team, known as the Indians since 1915, began considering a possible name change in mid-2020 and selected Guardians from a list of 1,198 options that were narrowed down through 14 rounds of vetting.

"We acknowledge the name change will be difficult for many of us, and the transition will take time," team owner Paul Dolan said in a letter to the club's fans.

"It is our hope and belief this change will divert us from a divisive path, and instead steer us towards a future where our fans, city and region are all united as Cleveland Guardians."

The nickname draws upon a popular Cleveland landmark - the Hope Memorial Bridge just outside the team's ballpark. The bridge features the famous "Guardians of Traffic" sculptures which have become a symbol of the city's resiliency.

"For six decades our community has fought tirelessly to be recognized as diverse and vibrant, instead of portrayed in inaccurate and harmful ways," the Cleveland Indigenous Coalition said in a news release.

"By agreeing to change the team name away from Indigenous themes, the Cleveland baseball team is helping to create a place where Native American children and their families feel valued and fully seen."

The national grassroots Change the Mascot campaign, led by the Oneida Indian Nation, also commended the team for taking what it called a positive step toward a new era of inclusivity and mutual respect.

"This has been many years in the making, and we are pleased to watch professional sports organizations move forward to make change," Ray Halbritter, Oneida Indian Nation Representative and leader of the Change the Mascot campaign, said in a statement.

"It's a welcome development toward showing respect for Native people."

In 2018, Cleveland phased out its "Chief Wahoo" logo - a cartoon figure with red skin, a toothy smile and a feather in his headband - after it was criticized as a racist caricature.

A push to eliminate racially insensitive material intensified following the May 2020 death of George Floyd, a Black man who died after a white police officer knelt on his neck in Minneapolis.

Last July, Cleveland decided to consider a name change as the social unrest in the United States had underscored the need to improve as an organization on issues of social justice.

The team known as the Indians won only two World Series championships, most recently in 1948.

"Cleveland has and always will be the most important part of our identity," Dolan said in a news release. "Therefore, we wanted a name that strongly represents the pride, resiliency and loyalty of Clevelanders."

The National Football League's Washington team decided last July to retire its Redskins name and logo, which it has used since 1933 and which had long been criticized as racist by Native Americans. It now calls itself the Washington Football Team and says it will adopt a new name next year. 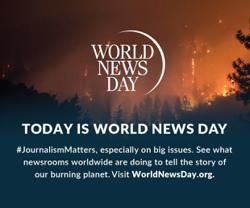