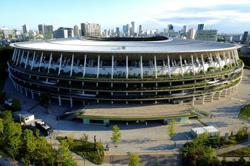 No pressure: Jellson Jabillin (right) and Hanis Nazirul Jaya Surya will try to pull off a major surprise and secure the quota slots in the men’s 10m platform individual and synchro events.

PETALING JAYA: The aquatics team can boast of having the most qualifiers for the Malaysian contingent for the Tokyo Olympics if the divers play their part in the Diving World Cup meet starting in Tokyo this Saturday.

With 87 days to go before the big sporting show gets under way, Malaysia are still far away from matching the contingent of 32 athletes who went for the 2016 edition in Rio de Janeiro.

A total of 12 athletes have only qualified so far for the Tokyo Games. Four female divers – Pandelela Rinong, Leong Mun Yee, Nur Dhabitah Sabri and Wendy Ng Yan Yee - are among the dozen Malaysian athletes who have made the cut before the Covid-19 pandemic reared its ugly head last year.

Malaysia can expect one male and one fema le swimmer to make the list under the B invitation time by early July and thus the incentive will be for the divers chasing the extra qualifying spots to get their acts right to match the figure from the 2012 Olympics in London.

Malaysia Swimming secretary Mae Chen said the week starting on Saturday is the final chance for all the participating divers to fight for Olympic slots.

A total of four synchro and four individual events will be contested over six days from Saturday.

“We hope to earn at least one slot in the men’s 3m springboard individual through either Mohd Syafiq Puteh or Chew Yiwei. It will be great if both can make it but the men’s competition is more intense compared to the women’s.

“We also hope our divers Ooi Tze Liang-Yiwei can win one of the four remaining nation spots in the men’s 3m springboard synchro.

“If we can have two slots for the individual and also qualify for the synchro as well, we have the option to send up to three male divers.

“We also hope to see Cheong Jun Hoong join Pandelela so that we can have two qualifiers in the women’s 10m platform individual.

“Wendy and Dhabitah also have the mission to hopefully secure an Olympics quota slot for the women’s 3m springboard synchro, ” said Mae, who is also the team manager in Tokyo.

Wendy and Dhabitah have earned the maximum two slots in the 3m springboard individual while Pandelela and Mun Yee already assured the nation of a place in the women’s 10m platform synchro.

It remains to be seen if Jellson Jabillin and Hanis Nazirul Jaya Surya can pull off a major surprise and secure the quota slots in the men’s 10m platform individual and synchro events.

In Rio five years ago, Malaysia had six divers and two swimmers in the fray. Diving contributed one silver medal through Pandelela-Jun Hoong in the women’s 10m platform synchro. 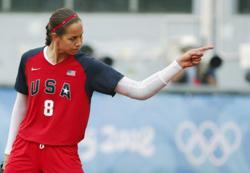 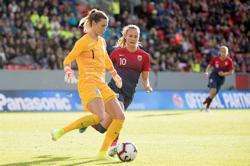