MALAYSIAN athletes are generally a lucky lot in that they do not have to worry about funding when it comes to participating in major competitions.

The athletes under the Podium Programme have the benefit of choosing the competitions with their coaches.

All it takes is proper planning and hopefully applying the knowledge they gained through intensive training to the fullest.

If they hit the jackpot, there will be rewards aplenty for their sweat and tears.

Things are not that simple for some overseas athletes who are forced to come up with their own funds to realise their dreams to compete with the world’s best in their field.

There are a growing number of athletes who are forced to source for their own funds through crowdfunding to realise their Olympics dream.

A British long jump champion had to work as a courier for e-commerce company Amazon after suffering financial problems during the Covid-19 pandemic.

However, through a crowdfunding campaign he has quit delivering parcels and has got back on his bid to deliver gold in Tokyo.

In South Africa, its hockey team are reportedly struggling to raise the money to compete at the Olympics.

The team need to raise at least 3.5mil rand which is equivalent to RM1mil. If the South Africans are not able to make it, the FIH, the world governing body for field hockey, will invite Malaysia instead.

Malaysia are the first reserve and our last appearance was way back in Sydney in 2000.

South Africa too have turned to crowdfunding to raise the money.

Their coach Garreth Ewing was quoted as saying: “All of the teams who are ranked above us have full-time resources including players and staff.

“We are running a highly professional environment with very little financial support. R3.5mil will pay most of our costs. I forgo my salary as long as we can pay our players.”

Such is the compelling plea which goes to show that sports are not just about winning at all costs. It is also about living the passion. 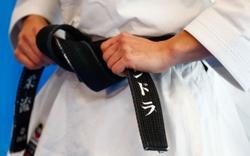 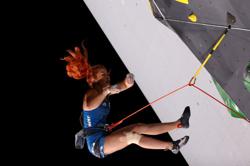