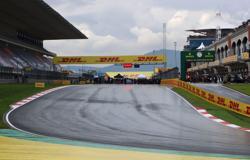 KUALA LUMPUR: It will be an uphill task for national elite Paralympic athlete Mohd Ridzuan Mohd Puzi (pic) in his bid to defend the gold medal in the Tokyo Paralympics Games, in August.

The 2016 Rio Paralympic champion has to keep an eye on his two major challengers James Turner of Australia and China’s Yang Yifei.

Both of them managed to get past him in the 100m T36 (cerebral palsy) category at the 2019 World Para Athletics Championship in Dubai, United Arab Emirates (UAE) and are still showing good progress.

National para athletics chief coach R. Jeganathan said he would work extra hard to ensure that Ridzuan would give the ‘best run of his life’ in Tokyo.

“Of course he is one of our medal prospects in Tokyo. But I don’t stress on what kind of medal that he will give us, as he will be running against much younger athletes (Turner and Yifei), ” said Jeganathan.

“Ridzuan is 33 now and not many people know that as a cerebral palsy patient, his muscles and tendons will be tense as he grows older.”

Turner not only secured a gold medal in the Dubai meet, he also smashed the world record set by Ridzuan in the 2018 Jakarta Asian Para Games (11.87s) after clocking 11.72s, while Yifei claimed silver with a new Asian mark of 11.79s.

Ridzuan had to settle for the bronze medal as he posted 11.97s in the tournament.

The next assignment is the Beijing 2021 Grand Prix in China in June, should the event go on as scheduled. — Bernama 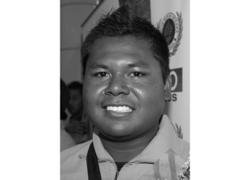