More bad news for Khairulnizam as Asian meet called off

The 27-year-old suffered another blow with news that next month’s Asian Sailing Championships in Abu Dhabi, the United Arab Emirates, was called off due to the Covid-19 pandemic.

The continental sailing meet was supposed to be held in March last year but was postponed and there had been no events since then.

Now, Khairulnizam may be heading to Tokyo without any opportunity to gauge his form.

“It puts all of us in Asia in a hard situation as we have no competition to plan for before the Olympics, ” said Khairulnizam, who is based in Langkawi.

“It’s hard to gauge my form now because I have not gone for a competition for more than a year.

“I managed to have a joint training camp in Langkawi end of last year with sailors from other states but they are still juniors.

“I can only continue to train and see if there is a chance to go somewhere before the Olympics.

“It will depend on whether the situation improves in the next few months.” 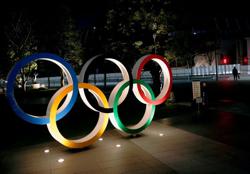