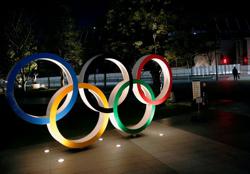 FILE PHOTO: The Olympic rings are illuminated in front of the National Stadium in Tokyo, Japan January 22, 2021. REUTERS/Kim Kyung-Hoon/File Photo

TOKYO (Reuters) - About 1,000 Olympics volunteers have quit over the past month, organisers said, during which time organising committee president Yoshiro Mori quit due to sexist remarks and a new president was chosen to replace him.

Volunteers are the backbone of any Games, performing everything from guiding people to venues, translating and driving visitors around. A significant drop in their numbers could be another hurdle for Tokyo 2020, already hit by an unprecedented year-long postponement and a lack of public support fuelled by concerns over the coronavirus pandemic.

Tokyo 2020 organisers said not all those volunteers who stepped down recently were quitting due to Mori's comments. Surveys have shown volunteers repeatedly expressing concerns about the coronavirus.

The total number of volunteers recruited by Tokyo 2020 is 80,000 and organisers have said they don't expect running the Games will be affected, since the number quitting is only about 1% of the total.

Another 30,000 volunteers have been recruited separately by the Tokyo Metropolitan Government, which was unable to immediately comment on how many have quit.

In addition, the postponement of the Games has affected some volunteers, who were in a position to help last year but aren't this year, due to job changes or other lifestyle changes, such as having to care for small children.

The Olympics are due to run from July 23 to August 8. 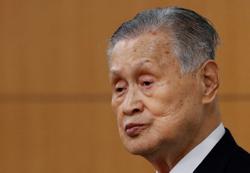