KELANA JAYA: Athletes and sports fans can look ahead to a brighter new year as the Youth and Sports Ministry have hinted they will introduce a new sports bubble model.

Their minister Datuk Seri Reezal Merican Naina Merican revealed that they have presented the model to the relevant authorities, namely the National Security Council (NSC), and signs are good that it will be implemented next year.

“Next year, sports will not undergo the push and stop button anymore. Like it or not, we will be living with Covid-19 and it will not go away anytime soon, ” he said to reporters after attending the launch of the FAM-NSC Project Squad at Wisma FAM here yesterday.

“We now live in a new normal. Hopefully, it will be implemented by the NSC, which could also see the attendance of spectators within specific SOPs. We want to bring some sense of normalcy to our life. We want the industry to breathe better and not suffer like in the last few months.

“At this time, we have presented the plan and it is being considered. Hopefully, things will get better next year.”

Reezal said this after football club Johor Darul Ta’zim owner Tunku Mahkota Johor Tunku Ismail Ibni Sultan Ibrahim revealed on his Instagram that 10% of spectators will be allowed to watch matches in their stadium next year.

Meanwhile, the National Football Development Programme (NFDP) graduates will be given the chance to get high-level exposure with the formation of the FAM-NSC Project Team next season.

The Under-20 team will be led by Yusri Che Lah and will compete in the Premier League.

This is part of FAM and NSC’s efforts to create a career pathway for the boys, especially those at the Mokhtar Dahari Academy in Gambang.

The programme is akin to the Harimau Muda project in the past which has produced players like Shahrul Saad, Nazmi Faiz Mansor, Ariff Farhan Isa and Syahmi Safari.

Selected players will be based at the National Sports Council in Bukit Jalil where they will be given allowances, accommodation, food, medical support and the opportunity to further their studies. 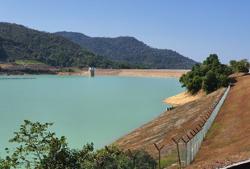 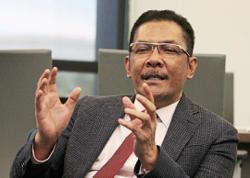