Veteran Datuk Sieh Kok Chi has given the thumbs up to the Olympic Council of Malaysia (OCM) for accepting hosts Vietnam’s proposal to scale down next year’s SEA Games programme in Hanoi due to the budget constraints because of the Covid-19 pandemic.

Unlike many others, OCM president Tan Sri Norza Zakaria did not kick up a fuss when their appeal to include seven sports – cricket, indoor hockey, lawn bowls, netball, rugby, sailing and squash – were shot down.

Norza did not only accept it but agreed to give the hosts their full support.

Kok Chi said it was the right decision and he was happy that Vietnam would only host 40 sports.

“With the 31st SEA Games edition less than a year away, I believe Tan Sri Norza has made the right and timely decision, ” said Kok Chi.

“There are uncertainties and concerns over the Covid-19 pandemic and there are issues of the economic downturn and the safety of the athletes. I fully support this move to reduce the number of sports, ” he said.

The SEA Games have always averaged 36 to 40 sports but the Philippines, the hosts of last year’s edition in 2019, had increased it to 56 sports. 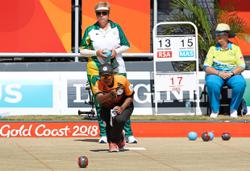