ONE of the most decorated athletes not only in Malaysia, but also in the South-East Asian region. With 20 gold medals to her name, all eyes will be on Shalin to surpass Nurul Huda Abdullah’s all-time SEA Games record of a 23-gold medal haul. Her participation in the Philippines was initially doubtful but her double gold feat, winning the singles and trios, at the Asian Championships in Kuwait last month was enough to convince the Malaysian Tenpin Bowling Congress (MTBC) to give her a chance to compete in her ninth SEA Games.

ARGUABLY the best female rifle shooter ever produced by Malaysia, having made the podium of most major Games including the Asian Games and Commonwealth Games. Made the world headlines when she went to compete at the 2012 London Olympics while eight months pregnant. Suryani will be out to end a seven-year gold medal drought dating back to Palembang 2011, where she marked her best-ever outing by clinching two golds. She’s not short of form having claimed bronze in women’s 50m rifle prone at the Asian Championships in Doha, Qatar.

THE policewoman is the longest serving athlete in Malaysian lawn bowls and has represented the country for the last 22 years. Still going strong in her relentless pursuit of her lifelong ambition of becoming a world champion. She won bronze in the women’s singles at the world championships in Christchurch, New Zealand, in 2008. The SEA Games is important for Siti as the sport does not feature regularly in the region’s biggest multi-sport event. Do expect her to strike gold for the country again.

HUP WEI will return to Manila aiming to bury the ghost of the past. His debut 14 years ago was one to forget, as he failed to live up to his favourite’s tag and returned home empty handed. Hup Wei’s failure to win the gold then ended Malaysia’s proud 10-year domination which was started by Loo Kum Zee back in Chiang Mai 1995. However, Hup Wei responded strongly to win the next three editions in Korat, Laos and Palembang. He skipped the 2013 and 2015 Games due to a long lay-off due to injury but compatriot Nauraj Singh impressed in his absence. Hup Wei made his comeback in KL two years ago, but was pipped to the gold by Nauraj. Expect another fierce battle between the two Malaysians this time.

KEEN Hoo will have to lead by example in the Philippines in the absence of Thor Chuan Leong, who opted to concentrate on his professional career in Europe. But Keen Hoo is not lacking in experience having debuted in Hanoi in 2003. He will arrive in Manila as the one to beat in the singles competition after successfully defending his Australian Open title last month. The 2004 Asian Junior champion will be out to win his first singles gold since his last triumph in Korat 2007. The national contingent will also be counting on the Keen Hoo-Lim Kok Leong combination, to reproduce the magic that saw them capture the World Amateur Team Championship in Pakistan 2015.

IT’S never easy to make a successful comeback to the top after leaving the national team but Kunasilan is willing to give it a shot. At 33, the school teacher has rejoined the national team earlier this year with the aim of winning gold in the men’s kumite below 60kg event as he comes full circle at the Philippines SEA Games. The 2006 Asian Games silver medallist in Doha last skippered Malaysia to a team silver in Naypyidaw 2013 before quitting the national team. Can Kunasilan make it two golds out of two appearances in the Philippines? 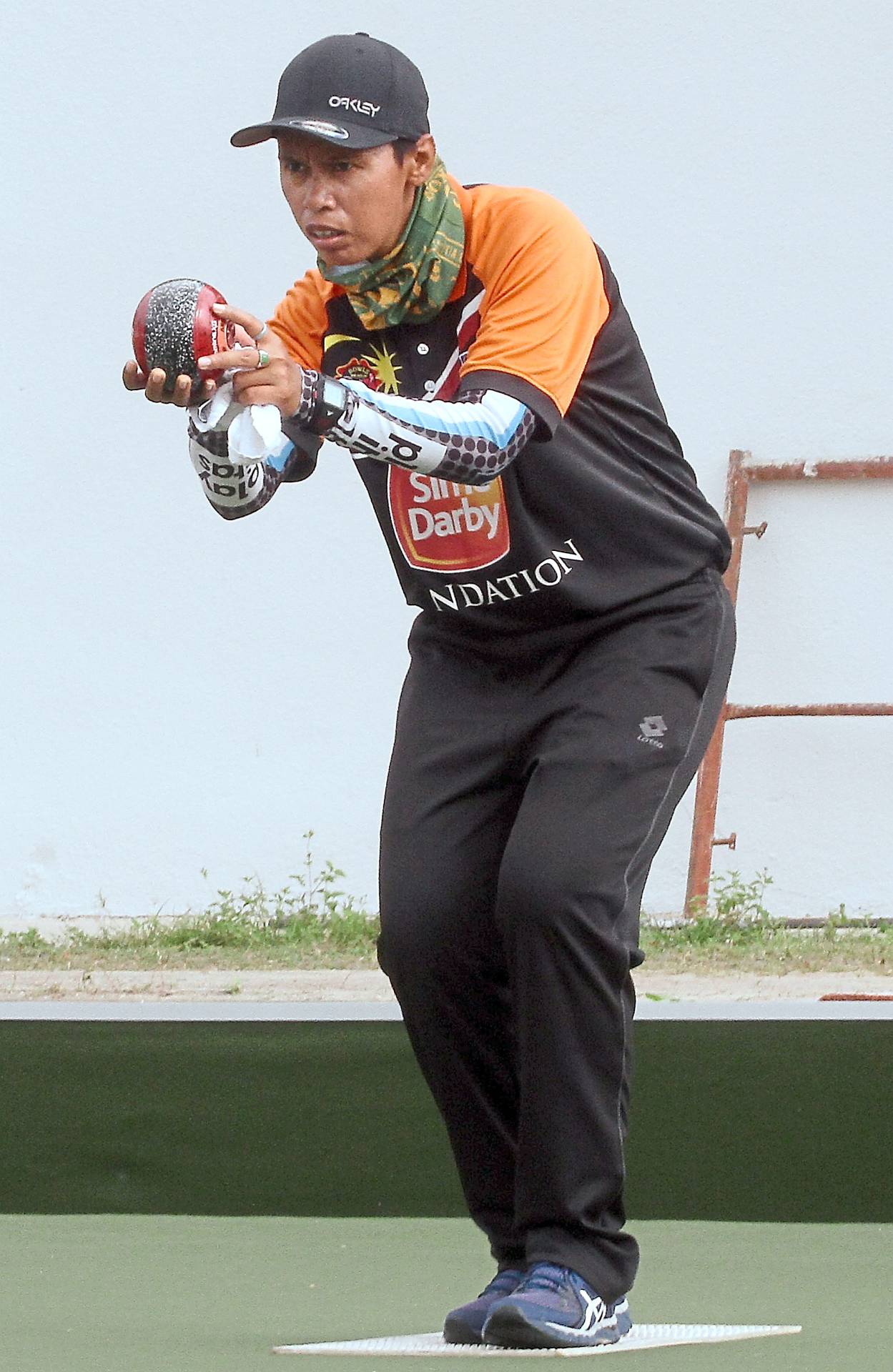 Hup Wei Lee, of Malaysia, can't clear the bar the bar at the World Athletics Championships in Doha, Qatar, Tuesday,

KARATE EXPONENT L. KUNASILAN, WHO WILL BE MAKING HIS DEBUT IN THE MANILA SEA GAMES STARTING THIS WEEK