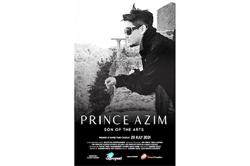 The Youth and Sports Minister said that Saravanan met him before the game started and said he would meet the Prime Minister and ask to be the minister if Khairy lost.

"That did it," said Khairy,

Khairy was one of the seven-member equestrian polo team that defeated Prince Abdul Mateen's team 12-4 at the Putrajaya Equestrian Park on Tuesday.

Prince Abdul Mateen, who is sixth in line to the Brunei throne, represented his country at the match.