Saiful to give his all despite wife’s absence from ringside 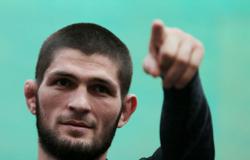 KUALA LUMPUR: Behind every successful man, there stands a woman.

But Saiful won’t have his wife – and No. 1 fan – Dzianti Merican with him for the first time when he takes on China’s Chen Lei in the ONE Championships Kings & Conquerors at the Cotai Arena in Macau on Aug 5.

Dzianti will have to stay back to take care of their second child Ariez Isa and she will have to be content with watching the fight from home.

Being his most ardent fan, she has told her husband to “just focus on the task at hand”.

“My wife is my pillar of strength and my support mechanism. She has supported me from day one and has never missed any of my fights,” said the 28-year-old at the Merican Muay Thai Gym here yesterday.

“We have no choice this time because she needs to breastfeed our son, who is barely a month old.

“It feels a bit strange to enter the ring for a fight without her, but she has told me to just keep training hard and to focus on the fight when I’m in Macau. And that’s what I intend to do.”

Saiful, who holds a 5-3 record, already has a plan to defeat the unbeaten Chen Lei.

The 28-year-old Chen Lei is a Brazilian jiu-jitsu (BJJ) expert and winner of the Shanghai Open BJJ. He has also won his last five bouts as a professional via knockouts.

“Chen Lei is lanky and won his last fight by knockout. I have hatched a plan should he take me down to the mat. But if we are toe-to-toe, I think I can match,” said Saiful.

“I have confidence in my Muay Thai skills and I’ve also been working on improving my strength in training.” 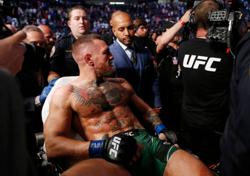