KUCHING: Penang karate exponent Ivan Oh has turned his sights on the 2017 SEA Games after picking up his second Sukma gold medal in Miri.

The 19-year-old, who won the men’s kata individual event on Tuesday, teamed up with Howart Tan and Ooi San Hong to clinch the men’s kata team gold at the Miri City Stadium on Wednesday.

It was Ivan’s third gold medal in the Sukma series, having won the men’s team gold during his Sukma debut in Perlis two years ago.

“My triumph in the individual event boosted my confidence for the team event. There was less pressure and I was able to fully concentrate when executing my moves. Howart and San Hong were superb on the mat today and we’re worthy winners,” said Ivan.

“It’s a big relief to have repaid my coaches’ faith in my abilities. Now, I’m looking forward to training hard to represent Malaysia at the Kuala Lumpur SEA Games next year.”

Ivan, the 2015 South-East Asia Karate Championships men’s individual champion, is expected to team up with the national team’s senior exponents – Hoe Thomson and Emmanuel Leong – for the SEA Games challenge.

The Penang women’s team also triumphed, ensuring the state swept all four gold medals on offer in the kata category in Sarawak. The trio of Khaw Yee Voon, Ariana Lim and Chang Sin Yi saw off the challenge from Sabah’s Cheverry Wong, Kriscel Wong and Vellca­rollyne Augustine in the women’s team final to capture the gold.

Victory was especially sweet for the 21-year-old Yee Voon, who bows out of the Sukma scene with four golds. She won the women’s individual event on Tuesday, and has in her collection two women’s team golds from the 2012 and 2014 Games.

After the painful losses in the team finals, Sabah bounced back in the kumite events to bag two gold medals through Zairam Zainal (men’s 60kg) and Gwendollyn Gimus (women’s 55kg). 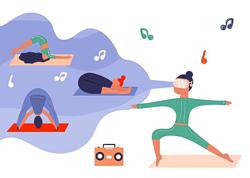