“It feels great to retain the title. When we won last year, it was by a very small margin – just one point. We managed to take it with three points this year, so it’s definitely a positive thing,” said Farah.

The 19-year-old Farah, who is competing in her fifth Games, will be eyeing another gold when she takes on the top 12 qualifiers in the all-around individual event today.

Farah has qualified top for the event with 51.65 points, just .03 points ahead of national team-mate Ing Yueh. Sarawak’s Esmelda is third with 48.90 points. 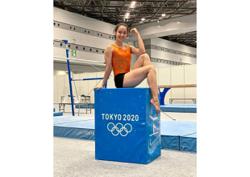