The 79-year-old Argentine was admitted to hospital after a heart attack on Saturday. Doctors postponed planned surgery on Monday because he had suffered a fever.

"In the last 24 hours, and though the prognosis remains serious, there has been an improvement in his circulation," the statement from Valencia's La Fe hospital said.

"If the current clinical stability continues, the planned bypass operation will take place tomorrow," it added.

Doctors at the Valencia hospital had been holding a daily press conference on Di Stefano's condition but yesterday the hospital simply issued a two-paragraph statement.

"It is a complex case because he is a diabetic and is 79 years old, but despite that I'm optimistic and I think there is a good possibility of him making a recovery. He is conscious, aware of what is going on and doesn't need any artificial respiration. He is a strong man and it is clear that he has a great deal of inner belief," he said.

Di Stefano, Real's honorary president and record goalscorer, was admitted to hospital in Sagunto after suffering chest pains early on Saturday.. He was later transferred to La Fe hospital in nearby Valencia. – Reuters 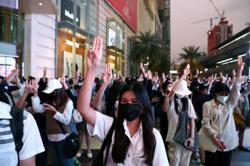