PETALING JAYA: The father of Malaysia’s most famous badminton-playing family, Datuk Sidek Abdullah Kamar, passed away yesterday after a long battle against illness.

The 69-year-old Sidek, who had been in a coma for the last 20 days at the Tengku Ampuan Rahimah Hospital in Klang, passed away at 2.30am. He was laid to rest at the burial site in their hometown, Banting, at 10am.

All his children except for Mohd Sharezan and Rozhita had donned national colours.

It was his sons who played the biggest roles to take Malaysia out of the doldrums in world badminton, culminating in the success to regain the Thomas Cup after a lapse of 25 years in 1992.

His eldest son, Misbun, said that his father’s condition deteriorated more than two weeks ago.

“He was a diabetic patient and had heart problem. His kidneys had failed him and he also had high blood pressure and liver problems,” said Misbun.

“I received a text message from Hafiz (Hashim) from Holland after he won the Dutch Open title at about 11pm. It was good news. Three hours later, I was there by my father’s side. There were complications ...”

Sidek laid the groundwork for his son's rise to stardom in Malaysian badminton. Led by Misbun, the Sidek brothers began their domination of the game from the early eighties.

Misbun did not win any major title but with his charisma, he led Malaysia back onto the world stage.

Razif and Jalani won the 1982 All-England men's doubles title and became the first Malaysian medallists at an Olympics – a bronze in Barcelona in 1992.

Rashid also won a medal in the Olympics – the men's singles bronze in Atlanta in 1996.

And four of the brothers were in the 1992 Thomas Cup-winning team. Rashid played at first singles; Razif-Jalani at first doubles and Rahman was the reserve.

Zamaliah was a member of the team that won the silver medal in the mixed team event of the 1994 Comonwealth Games in Victoria.

Misbun said that his father’s absence would be felt greatly.

“To me, he was the father of Malaysian badminton. Badminton was in his blood. He was the pillar of strength to all of us,” said Misbun.

“No word can describe his immense contributions to badminton in the country. He made winners out of us. His teachings were invaluable and we will always cherish them.

“He was always there – with his insightful advises. He even provided us with advice for our coaching careers.”

Misbun is currently a coach for the singles players in the national senior team while Rashid is the chief coach of the Project 2010-12 side.

Jalani and Rahman are also into coaching with the professional club side, Nusa Mahsuri. Razif has had a stint as chief coach of the national team between 1994 and 1996.

Sidek is no more but his legacy will live on for a long time.

HIGHLIGHTS OF HIS CHILDREN’S ACHIEVEMENTS 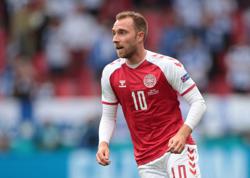 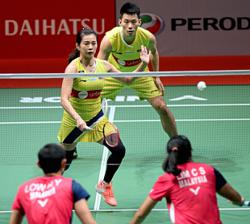