PETALING JAYA: Spain-based cyclist Ng Yong Li has been given the nod to represent Malaysia in the Under-23 Road World Championships in Madrid from Sept 21-23.

The 19-year-old Yong Li is in the midst of completing a three-month stint with Team Liberty Seguros Wurth, who are the world's seventh-ranked professional team.

The Malaysian National Cycling Federation (MNCF) deputy president, Datuk Naim Mohamad, said yesterday: “This is the first time that we will have a cyclist in the Under-23 world meet. Yong Li will compete in the time trial and road race events.”

Naim added that Yong Li was now based in the northern mountain region in Spain and the tough training regime that he had gone through with Liberty for the last three months has done a world of good to the young Johorean.

Yong Li is down to compete in the road races in the Manila SEA Games at the end of the year and Malaysia are banking on him to win medals.

“We will be facing tough opposition from Filipino, Thai and Indonesian riders. They are also training overseas to prepare for the SEA Games. But we hope Yong Li can spring a surprise in the time trial event,” said Naim.

He added that Yong Li would have another stint with Liberty after the SEA Games.

“They have agreed to take him for a longer period,” said Naim.

“We believe he has the potential to make it in cycling. He has the discipline and determination in the first place. We have not heard of a complaint from him on the stint in Spain.”

The Batu Pahat-born Yong Li showed his potential to become a top rider when he won three gold medals in the 2002 SportExcel National Junior Circuit.

In that same year, he emerged as the winner of the Penang Pesta road race and Perlis Open junior category. He continued his dominance in the junior circuit in 2003 and won a Sukma gold for his adopted state, Malacca, last year.

In the Tour of Langkawi early this year, Yong Li caught the eye of the Liberty team with a fastest finish among the 14 Malaysians in Stage 4 of the Tour.

He went on to bag the Putrajaya Cyclefest 96km road race and was the individual time trial champion in the Jorak Circuit in Muar and the Tengku Mahkota of Pahang Cup championships. 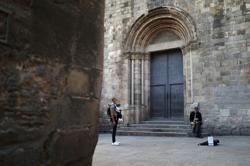 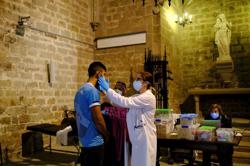