Proton chip in to back Karamjit's and Allen's challenge in rally

SHAH ALAM: Malaysian ace Karamjit Singh and co-driver Allen Oh will not have to worry about running into financial woes in their defence of the FIA World Rally Championships Production Car title.

National car manufacturer Proton forked out a RM2 million sponsorship yesterday to back the duo's challenge in four more rounds of the championships.

The championships comprise seven rounds and to challenge for the overall title a team have to compete in six rounds.

Karamjit and Allen, who race for Petronas EON Racing Team (PERT), took part in the first two rounds of the championships –in Sweden in February and New Zealand last week.

A second place finish in Sweden and the sixth spot in Auckland gave Karamjit a total of 11 points and he now shares the lead in the standings with Swede Stig Blomqvist and Englishman Martin Rowe.

Proton chief executive officer Tengku Tan Sri Dr Mahaleel Tengku Ariff said that they were shifting their focus to global branding and the sponsorship of Karamjit's and Allen's campaign in the World Championships was the start.

“Karamjit and Allen have emerged as Malaysia's most successful rally partnership. They are the first Malaysian world champions in the sport of motor-racing. It is important that our drivers be given all the support they need.”

There was also a surprise bonus for the duo yesterday. They were each presented with a new Satria GTi car – registered and ready to be driven away.

PERT manager Datuk Abdul Razak Dawood said that he was happy that Proton came in to help lift their burden.

“To support a rally team at the world level is an expensive affair.

“It is just not racing alone but maintaining the team and being able to have replacement parts on hand,” he said.

“It costs RM4 million alone to compete in the World Championships while it is RM3 million for the Asian Pacific Championships (ARPC). We certainly hope more sponsors will be able to come in at the same time.”

Karamjit's participation in the ARPC remains uncertain and he will not feature in the opening round in Canberra next week.

“It is a waste and it means one less opportunity to secure points. I have won the overall Group A title twice and I hope to defend it. But how things go depends on negotiations with the ongoing sponsors,” said the 40 year-old Karamjit.

Karamjit and Allen earned themselves a place in the motor sport history books in November when they won the world rally production car title in their maiden season. The success came hot on the heels of winning the overall APRC title with one round to spare.

For their efforts, the duo won the 2002 National Sportsman Award recently. 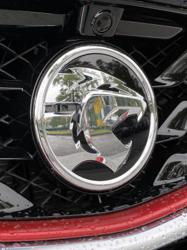