LONDON (Reuters) - Formula One managing director Ross Brawn said on Monday he was heading into retirement with the sport on a new path and as strong as it has ever been.

The 68-year-old Briton, one of the most respected and successful figures in Formula One and whose last race was this month's Abu Dhabi season-ender, said it was time to pass the baton to others.

"I’ve loved almost every minute of my 46-year career and I’ve been fortunate to have worked with many great teams, great drivers and great people. I wouldn’t have changed a thing," he wrote on the Formula One website.

"I will now watch F1 from my sofa, cheering and cursing as an F1 fan, pleased that the sport is in a fantastic place and has such a fantastic future."

The bespectacled Englishman, a keen Manchester United soccer fan, was the tactical brains behind Michael Schumacher’s seven world championships -- two with Benetton in 1994 and 1995 and then five in a row at Ferrari between 2000-04.

When Honda withdrew a year later he bought the team and the renamed Brawn GP won both world championships in 2009.

The Briton then sold the team to Mercedes and stayed on to lead them in 2010 on their return to the sport as a constructor for the first time since 1955.

He left in 2013, the year now seven-times champion Lewis Hamilton joined as replacement for Schumacher, and started work with Formula One in 2017.

"Now is the right time for me to retire. We have done the bulk of the work, and we are in a consolidation period now," he said.

"There’s a new car coming in 2026, but that’s four years away, quite distant for me, so it’s better the next group of people take on that mantle. I believe I’m leaving F1 in a great place."

Brawn said the racing had improved under Liberty Media, who took over the sport in 2017 and ousted former commercial supremo Bernie Ecclestone.

A cost cap introduced last year was a very significant step, tracks had been re-assessed, the governance improved and new technical regulations brought in that resulted in better racing.

"That will be the priority in the future -- it’s one of the changes to the mindset of F1 that I’m really pleased about," said Brawn. 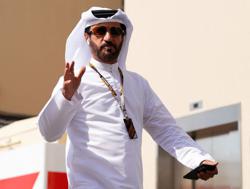 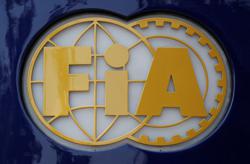