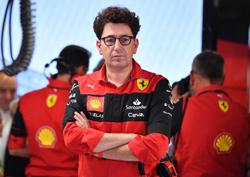 A spokesperson for Scuderia Ferrari said the company did not comment on speculation.

Binotto, whose contract is set to expire at the end of 2023, and Ferrari are discussing the terms of his early departure, Corriere reported, adding an announcement was expected soon.

Among the options for Binotto's replacement under consideration is Ferrari Chief Executive Benedetto Vigna taking his role on an interim basis, Corriere said.

Earlier this month, Ferrari dismissed as "totally without foundation" media reports in Italy, including by Corriere della Sera, that Binotto would be replaced at the end of the season by Frederic Vasseur, team principal of Alfa Romeo, operated by Sauber.

Ferrari won four races in 2022 but their early season promise fell away due to mechanical unreliability, strategy errors and driver mistakes. Ferrari ended the season second overall in the constructors' standings.

Binotto has spent his whole career at Maranello and was appointed team boss in January 2019, replacing Maurizio Arrivabene. 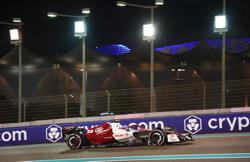