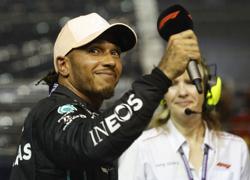 Nazirul Izzat Bahauddin celebrates his race two win of round two at the Sepang International Circuit.

Despite his inconsistent runs in the last two races, Nazirul is confident of doing well in Round Three from Aug 12-14 at the Sportsland Sugo track in Miyagi, Japan.

He is currently ranked fourth with 37 points in the standings.

ONEXOX TKKR Racing Team’s Wahyu Aji Trilaksana from Indonesia is at the top with 65 points.

Nazirul was spectacular in Race Two of Round Two when he exhibited incredible talent to barge in towards the tail-end of the race to take the lead and a win.

“In Race One of Round One, I struggled with technical issues on my machine. I could not get ahead in the race. I was able to complete Race Two and that was unsatisfactory. Round Two was better for us as we could identify and rectify the technical issues,” said Nazirul.

So what does he intend to do in Sportsland Sugo in Miyagi, Japan?

“My preparations are focused on fitness training. We cannot set a specific target as this is our first time on the Sugo circuit. From what I have gathered, the circuit will require lots of technical skills hence being fit is crucial,” he said.

“The final outcome in this category is uncertain. We are constantly struck by unexpected moves from all ends.

“My aim for Round Three is to take a step on the podium for both races.” 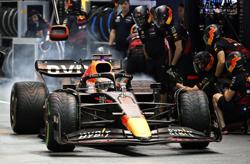