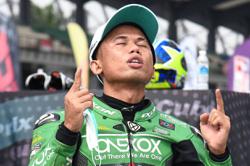 SILVERSTONE, England (Reuters) - A group of 'Just Stop Oil' protesters stormed the Silverstone track after a massive opening lap crash at the British Grand Prix on Sunday brought out a red flag to halt the race.

British police had said earlier that they had credible intelligence of a plan to disrupt the race.

While cars were still on the track slowly making their way to the pit lane, the crowd booed before marshals and police wrestled with the protesters and dragged them off.

A statement on the http://www.juststopoil.org website said the protesters were demanding an immediate halt to new oil and gas projects in the United Kingdom.

"We can confirm that after the red flag, several people attempted to enter the track," Formula One said in a statement. "These people were immediately removed and the matter is now being dealt with by the local authorities."

The governing FIA said emergency crews were quickly on the scene to extract Zhou, whose car skidded upside down along the track at speed before flipping over the barriers.

The rookie remained conscious and was taken to the medical centre for further evaluation along with Williams' Alexander Albon.

With some 142,000 spectators descending on the circuit, which is 90 minutes outside London, the race is one of the British summer's sporting highlights and has in the past been a magnet for protesters.

The race was closed to spectators then due to the COVID-19 pandemic.

In 2003, the British Grand Prix was the scene of one of Formula One's most bizarre and infamous protests when a man dressed in a kilt ran onto the track waving a banner "Read the Bible, the Bible is always right". 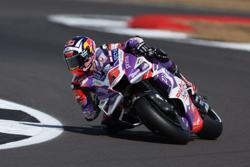