Aston Martin and Mercedes both provide safety and medical cars for grands prix, with the championship divided between the two marques and Germany's Bernd Maylander the driver.

"The FIA would like to reiterate that the primary function of the ... safety car is, of course, not outright speed but the safety of the drivers, marshals and officials," it said in a statement.

"For sure the Mercedes safety car is faster because of the extra aero. The Aston Martin is really slow. It definitely needs more grip, because our tyres were stone cold," the Dutchman told reporters after retiring from the race.

The Mercedes-AMG GT Black Series used in Bahrain and Saudi Arabia, and new for this year, produces some 730bhp compared to the Aston's 528bhp.

Ferrari's Charles Leclerc, the championship leader and winner of two of the first three races, said he had also wanted to go faster.

"I wanted to complain, but then I checked how much the safety car was sliding in the corner and I don't think there was anything more that he could give so I didn't want to put too much pressure," he told reporters.

"With the cars that we have now it's very difficult to keep the temperatures in the tyres behind the safety car."

Briton George Russell, who drives for Mercedes, said the German marque's safety car was about five seconds a lap quicker than the Aston Martin.

The FIA said safety car procedures took into account multiple factors, including the need to bunch up the field and adjust the pace depending on recovery activities.

"The impact of the speed of the safety car on the performance of the cars following is a secondary consideration, as the impact is equal amongst all competitors who ... are responsible for driving in a safe manner at all times." 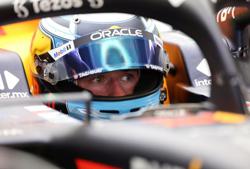 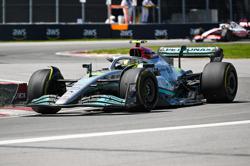