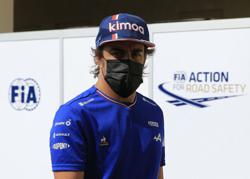 The Red Bull driver, who has a shot at clinching his maiden Formula One title this weekend, lapped the 6.1-km Jeddah track in one minute, 28.100 seconds.

Hamilton, fastest in both sessions of practice on Friday, struggled to match the Dutchman's pace on the soft tyres and was 0.214 seconds adrift.

Hamilton, gunning for a third straight win in order to force a final-race title showdown in Abu Dhabi, clocked his fastest lap early in the session on the hard tyres.

The Briton also drew scrutiny for impeding AlphaTauri's Pierre Gasly and Haas driver Nikita Mazepin, who had to take evasive action at high speed in a particularly heart-stopping moment.

Race director Michael Masi said he would talk to Mercedes directly about the incident, noting there were no flags warning the Briton of the speedily approaching Russian.

Hamilton on Friday had said the difference in closing speeds between slower cars and those on a flying lap around the blind high-speed sweeps of the Jeddah track were approaching a "danger zone".

The Saudi Arabian Grand Prix is the penultimate race on this year's Formula One calendar, with the hard-fought battle of the generations between Hamilton and Verstappen racing towards its conclusion.

Verstappen, 24, can wrap up the title with a race to spare this weekend while 36-year-old Hamilton has his sights set on an unprecedented eighth world title.

With eight points separating the drivers, Hamilton can keep the battle alive in Abu Dhabi so long as he finishes at least fifth in Jeddah.

Mercedes can also wrap up the constructors' battle on Sunday if they score 40 points more than Red Bull.

Sergio Perez took third for Red Bull, 0.529 seconds off his team mate's pace. Japanese rookie Yuki Tsunoda was fourth ahead of Gasly, with the two AlphaTauri team mates making it four Honda-powered cars in the top-five.

Valtteri Bottas, making his 100th start for Mercedes this weekend, was sixth. Charles Leclerc, who crashed heavily on Friday, was seventh in his repaired Ferrari ahead of Spanish team mate Carlos Sainz.

Alpine's Esteban Ocon and Lando Norris rounded out the top-10. 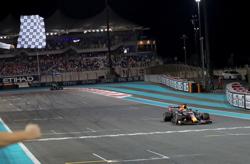 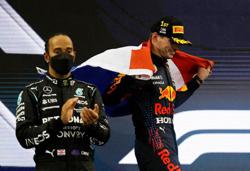