(Reuters) - Red Bull Formula One driver Sergio Perez said Sunday's U.S. Grand Prix was the hardest and longest race of his life after his car's water bottle failed and left him dehydrated in the Texas heat.

The Mexican finished third in a race won by Dutch team mate Max Verstappen at Austin's Circuit of the Americas, but he was clearly suffering after he got out of the car.

"I struggled massively, you know. Since lap one I ran out of water. I couldn’t drink at all," he said before the podium ceremony.

"I think by the middle of my second stint it was starting to get pretty difficult you know, losing strength. I think my toughest race ever, physically."

Asked whether he had ever felt like that after a race, the veteran of 208 race starts replied: "No, it’s the first time. And I hope the last one."

"He's been a bit under the weather this weekend as well, he's had a cold, so that was tough not to have the drink system," he said.

"But the way he managed the race, you can see his confidence is growing. That's the second race in a row he's on the podium, his home race coming up. He's finding his form which is crucial for us at this time of the year."

The Mexican, whose race comes next on the calendar, joined Red Bull at the end of last season from Racing Point (now Aston Martin) with a clear mission to help the team challenge for the constructors' title.

The former champions are now just 23 points adrift of Mercedes with five races remaining, and the next two likely to play to Red Bull's strengths.

(Reporting by Alan Baldwin in London; editing by Stephen Coates) 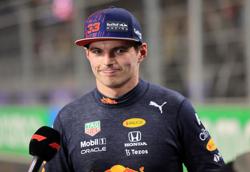