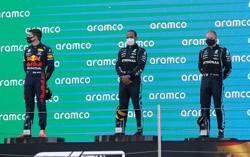 (Reuters) - Lewis Hamilton's relentless quest to be the best produced a superb 99th career Formula One pole position for the seven-times world champion at Imola on Saturday.

The 36-year-old Briton has said since pre-season testing that Red Bull have the faster car but the Mercedes driver and his team have still managed to stay a step ahead of their rivals.

Hamilton won last month's season-opener in Bahrain, despite Red Bull's Max Verstappen qualifying fastest, and on Saturday a near flawless flying lap left him on the brink of bringing up an unprecedented century of poles.

Even the champion had not expected that, after ending Saturday morning's final practice for the Emilia Romagna Grand Prix nearly six tenths slower than Verstappen.

"I know that’s kind of the idea going into most weekends but we can’t afford any slip-ups and I think so far we’ve really been firing on all cylinders and we still are hunting, believe it or not."

Hamilton ended up 0.035 of a second faster than Red Bull's Sergio Perez, who might have taken pole but for a last-corner mistake.

The Briton said he had needed the "most perfect" lap he could do -- "and a little bit more" -- to hold off the challenge.

For some it was even reminiscent of Singapore 2018 when the champion seemed to be lapping on another level and it was clear that the driver was making the difference.

What is clear is that Hamilton is not showing any signs of losing his touch or of success dimming his enthusiasm and determination.

"I think for all of us we’re operating at such a high level, the differences are milliseconds between us all and we could all go back and look at our data and say we can go faster," said Hamilton.

"But at the end of the day it’s what you do on that one moment that counts and so that’s what we really try and focus on." 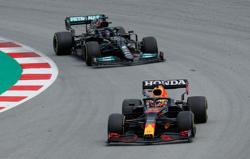