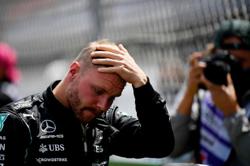 (Reuters) - Max Verstappen set the pace in the first practice session of the Formula One season in Bahrain on Friday as his Red Bull team immediately lived up to expectations that have soared since testing.

The Dutch youngster, who was fastest overall in pre-season testing at the same Sakhir circuit with a car that looked stable and quick, set a best time of one minute 31.394 seconds on a hot afternoon.

"It's always great to see your car at the top of the timesheet," said Red Bull boss Christian Horner.

"But you know, Mercedes are looking pretty ominous. So we don't take anything for granted. But we're happy with the performance of the car so far."

Valtteri Bottas, who has won the opening race of the championship for the past two years, was second fastest and 0.298 slower for champions Mercedes.

Mercedes looked already in better shape than testing had suggested, when they struggled with reliability and the drivers seemed uncomfortable with the handling.

"But obviously these climate conditions now with the heat are hardly representative of what to expect tonight and especially Sunday."

Qualifying and the floodlit race will take place in cooler evening conditions.

McLaren's Lando Norris was third fastest, with a car now powered by a Mercedes engine after the switch from Renault, with seven times world champion and fellow Briton Lewis Hamilton fourth for Mercedes, 0.527 off Verstappen.

Norris had gone top with 27 minutes to go before Bottas went faster and then Verstappen, who reeled off a string of fastest sectors in the closing minutes.

Friday's two practice sessions are now each one hour long, rather than the previous 90 minutes, in a change for 2021.

Twice world champion Fernando Alonso returned after two years out and was 16th for Alpine, who were focusing on aerodynamic developments rather than speed.

"Today we used fully free practice one to test the three different configurations of aero solutions so it was really a continuation and extension of the testing," said Alpine chief executive Laurent Rossi. 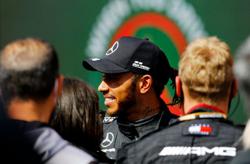 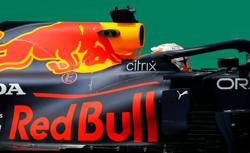