Norris to shave his head after esports fundraiser

LONDON (Reuters) - McLaren Formula One driver Lando Norris will have to shave his head after raising more than $10,000 from esports racing in the fight against coronavirus.

The 20-year-old Briton, who has 1.3 million followers on Instagram and is a prolific gamer, made the pledge before taking part in a charity event on live streaming platform Twitch at the weekend.

The Formula One website said Norris's stream was watched by more than 136,000 unique viewers as he played on F1 2019, Rocket League and iRacing.

"Thanks to all my viewers for raising over $12,000 by the end of the night for #TwitchStreamAid and the fight against Covid-19! I do have to cut all my hair off now though...,"he said on Twitter.

McLaren team mate Carlos Sainz, who enjoys a jokey relationship with Norris, indicated he was looking forward to that: "Oh boy I'm ready," said the Spaniard.

Formula One has yet to start its season, with two races cancelled and six more postponed so far and no prospect of getting underway until the European summer at the earliest due to the pandemic.

In the absence of any real racing, various esports series have offered alternatives for fans craving some form of live action.

Norris, an F1 rookie last year, has long been involved in virtual racing and has teamed up with Red Bull's Max Verstappen, while Williams Canadian rookie Nicholas Latifi has also emerged as an online talent. 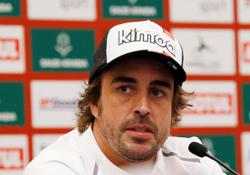 Alonso comeback would be good for F1, says Domenicali 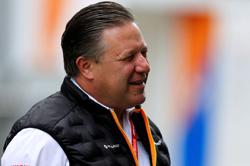