MELBOURNE (Reuters) - McLaren withdrew from the season-opening Australian Formula One Grand Prix in Melbourne on Thursday after a team member tested positive for coronavirus, fuelling concerns about the race going ahead.

The British-based team, whose drivers are Spaniard Carlos Sainz and Briton Lando Norris, did not reveal details about the employee.

"The team member was tested and self-isolated as soon as they started to show symptoms and will now be treated by local healthcare authorities," the former champions said in a statement https://twitter.com/McLarenF1/status/1238062852306583552.

"The team has prepared for this eventuality and has ongoing support in place for its employee who will now enter a period of quarantine. The team is cooperating with the relevant local authorities to assist their investigations and analysis."

McLaren said they had made the decision "based on a duty of care not only to McLaren F1 employees and partners, but also to the team's competitors, Formula One fans and wider F1 stakeholders."

There was no immediate comment on McLaren's participation in the March 22 Bahrain Grand Prix, something of a home race for a team majority-owned by that country's Mumtalakat sovereign wealth fund.

Tests on four Haas team members who had been quarantined due to the outbreak came back negative, a spokesman said.

U.S.-owned Haas are also British-based but have close ties to Ferrari, the Italian team whose engines they use.

Victoria state's top health official had warned earlier that positive tests in the paddock could lead to the race being scrapped.

"If that effectively shuts down the race, then so be it, we'll make that call."

The Australian Grand Prix Corporation (AGPC) said in a statement that the McLaren employee was the only positive result from tests on eight paddock personnel.

"The AGPC is currently in discussions with Formula One, the (governing) FIA and the department of health and human services in relation to the broader implications of this test result," it added.

A ninth individual "not associated with any Formula One team, the FIA or associated suppliers" had also been assessed and that result was pending.

Mercedes' six times world champion Lewis Hamilton told reporters earlier that it was "shocking" the race could go ahead and suggested organisers had put financial concerns ahead of people's health.

There was also criticism and concern on social media from F1 media at the lack of information and advice being provided by the sport.

"Tonight I’m so angry and disappointed in #F1. This was a scenario that many feared, and it was totally avoidable. It’s a sad day for the sport," said motorsport.com's F1 editor Jon Noble on Twitter.

Italy, Europe's worst affected country, is in lockdown to fight the coronavirus, and the run-up to the race weekend had been dominated by uncertainty over the Italian teams' ability to attend.

Thousands of fans poured into Albert Park on Thursday as race-week kicked off with practice and qualifying for lower-profile motor sport circuits.

The Chinese Grand Prix, which was scheduled for April, has been postponed while Bahrain is scheduled to take place without spectators. The Vietnamese Grand Prix, third race on the calendar, is also looking uncertain.

(Reporting by Rohith Nair in Bengaluru and Alan Baldwin in London; Editing by Kevin Liffey, Alison Williams and Toby Davis) 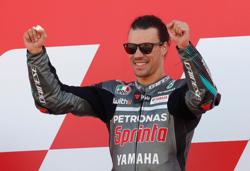