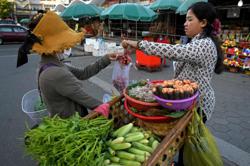 It will be an historic occasion at the Sepang International Circuit as Jazeman will be teaming up with Suzuka 10-hour winner Datuk Adrian D’Silva in what will be the first ever all-Malaysian driver line-up in the series.

The duo, who have been given a wildcard for the race, will be driving a Porsche GT3R prepared by Earl Bamber Motorsport (EBM) under the Sepang floodlights.

This the first time a Super GT race is being held at night.

Jazeman, who has vast experience in single-seater, endurance and GT racing, said it was a proud moment in his career.

“I feel very proud and honoured to be given this once in a lifetime opportunity to race in Super GT Malaysia Festival,” said Jazeman.

“It’s been a dream of mine since I was young. I have always wanted to compete in one of strongest, if not the strongest GT field in the world.

“The Super GT field comprises many ex-F1 drivers, factory drivers, multiple championship winners and many other highly talented drivers. I am ready to take on this big challenge.”

Jazeman will begin testing the Porsche GT3R for the first time at Sepang this week as part of his preparations for the race.

Adapting to the Super GT machinery and the different rules will be a priority for Jazeman.

“The tyres in Super GT are open so there will be a lot more grip than what I am used to,” added Jazeman. “I will learn as much as I can and try to adapt quickly.”

This is the first time Malaysia is hosting a round of Super GT since 2013. Sepang had been part of the Super GT championships calendar from 2002 until 2013.

Jazeman, together with then teammates Nabil Jeffri and Weiron Tan, created history in 2018 when they won the Six Hours of Fuji, the first time an all-Malaysian line up had won a round in the World Endurance Championship (WEC).