PETALING JAYA: National hockey striker Mohd Firhan Ashari has recovered from his anterior cruciate ligament (ACL) injury and looking forward to returning to national training on July. But don’t expect him to be at his best.

He’s going to be a slow starter and will pick up tempo only as he goes along.

The 27-year-old, who underwent a surgery on his left knee last year June, said any player with an ACL injury cannot immediately give his best as the leg has been “switched off” for quite a while.

“It’s like buying a new car. You cannot immediately go fast with it. There will be a period where you can go only to a certain speed limit. It is similar when you have recovered from an ACL injury,” said the father of one.

“My left leg was switched off for quite a while, so I cannot go into top gear immediately when I return to training. It will take at least a week for me to come up to par.

“My concern right now is to ensure that I get my knees strong again, and also get some competition minutes under my belt,” said the Tenaga Nasional employee.

Firhan has 185 international caps since making his debut in the Asian Champions Trophy in Ordos, China in 2012. He featured in two World Cups – in The Hague in 2014 and in India in 2018 – and was in the team that won a silver medal in the 2018 Jakarta Asian Games.

He last played for the country in the FIH World Series where Malaysia lost 1-0 to Canada in the final.

Becoming a father has added some maturity to the Terengganu-born player. He said he became more responsible after the birth of his daughter Nur Ayra Delisha two years ago and that would in handy as he is expected to guide the younger players in the national set-up.

“When I had her, I understood the value of responsibility, and also the sacrifices made by fathers. My father, Ashari Abdul Rahman has always been a pillar in my life and supported all my endeavours.

“He always told me to give my best. It may sound cliched, but that has been my motto ever since I became active in hockey.

“The current national team set-up looks promising with lots of youngsters. Before the movement control order (MCO), we trained, and I could see their potential. As seniors, we just have to guide them. Hopefully, it will lead to results in the future.”

Wolves' Jonny to have surgery for knee ligament injury 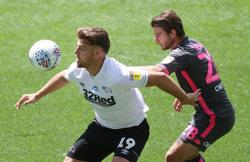 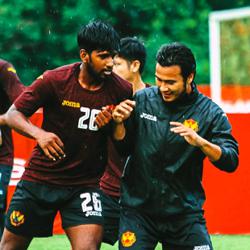 Wan Zack aims to impress in first match with Selangor