Striker set to sink his jaws into action

KUALA LUMPUR: National hockey star Tengku Ahmad Tajuddin Tengku Abdul Jalil’s (pic) broken jaw has healed and is as good as new now. So, he’s looking forward to chomping down on all the Hari Raya goodies and rendang.

More importantly, he is looking forward to being back in action on the pitch.

The 34-year-old underwent surgery two days later and was told to rest for three months but he was back in action two weeks later, wearing a headgear to protect his jaw.

The father-of-two did not show any fear in the league and played a vital role in helping UniKL to their first treble of the Charity Shield, League and TNB (overall) Cup.

He also scored eight goals in MHL and was called up for national training by national coach Roelant Oltmans.

Now, the headgear is off and he is looking forward to the start of national training.

Tengku Ahmad said it has become boring doing exercises at home in Kangar for seven weeks now during the movement control order (MCO).

“I am missing the action on the field. I am a person who loves to play hockey and I hope to start training after Hari Raya, ” he said.

He added that he was supposed to undergo another medical check-up on his jaw at the Hospital Universiti Kebangsaan Malaysia (HUKM) in Cheras.

“But I have not received any news from the hospital yet. The last I went for a check-up at HUKM was on March 13 just before the MCO came into effect on March 18.

“I was told that I had recovered 70% and they told me I would be called up for another check-up in a month. But it has been more than a month now.

“I believe I will only receive a call after the Covid-19 situation improves in a few more weeks. The good news is: there is no pain when I move my jaw and I am able to chew solid food.

“I am looking forward to spending Hari Raya with my family in Kangar and also enjoying all types of food, ” said Tengku Ahmad. 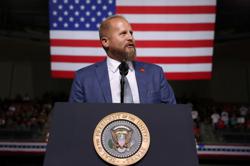 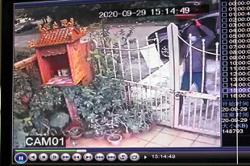