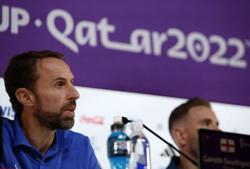 The 21-year-old flexed his muscles to show that he was on the right track to success after qualifying for the final and finishing seventh with 13.699 points in his debut in Birmingham.

Getting to the final was indeed special as Sharul ended the country’s 16-year wait to have a Malaysian at that stage.

No Malaysian artistic gymnast has reached the final since Ng Shu Wai’s feat at the 2006 Melbourne Games. Then, Shu Wai did not only qualify for the floor exercise final but made the country proud by winning a silver medal.

Sharul, who idolises Shu Wai, said he had to minimise his mistakes to be better.

“The Commonwealth Games was my first big competition, and I felt that I did my best, but in the final, I made some mistakes and got some points deducted. It affected me and I was disappointed too,” said Sharul.

“People in the circle are saying that I have what it takes to deliver for the country in the future and I want to live up to those expectations. I will go for the medals next.

“I want to start thinking big and emulate the efforts of my idol Shu Wai. With him around me during training sessions at the gymnasium, I’m sure it will help. Not to forget his brother and my coach Ng Shu Liang, who has been a pillar since I joined the national team.”

“I learnt a lot of skills from these gymnasts at this competitive stage. I have to train harder for sure.

“In the future, it will be no more about exposure or experience, I’ll be out to win honours,” he added.