NEW YORK (Reuters) - The PGA Tour accused LIV Golf of using antitrust laws "as a cudgel" and undermining its contracts with players in a counterclaim to a lawsuit the Saudi-backed circuit filed last month.

LIV Golf has lured away some of the PGA Tour's top members, including six-times major winner Phil Mickelson, with enormous purses while those who joined the rebel circuit were suspended by the PGA Tour.

In a lawsuit filed in August, LIV Golf, Mickelson and 10 other players accused the PGA Tour of antitrust violations.

In its counterclaim, the PGA Tour said the golfers knew they had no unilateral right to defect, and that breaching their contracts would result in suspensions.

"(This case) is a cynical effort to avoid competition and to freeride off of the Tour’s investment in the development of professional golf," it said.

The lawsuit accused LIV Golf of intentionally undermining the PGA Tour's contractual relationships with its players by paying former U.S. Open champion Bryson DeChambeau and others huge sums of money to join the new tour.

"LIV has openly sought to damage the Tour’s business relationships with its members by inducing them to breach their contractual requirements," the Tour said. "Even going so far as to pay members' legal fees to make breaching their contracts with Tour more enticing."

LIV responded in a statement accusing the Tour of making the counterclaims "in a transparent effort to divert attention from their anti-competitive conduct".

"We remain confident that the courts and the justice system will right these wrongs," LIV added.

This week, Mickelson and three others dropped out of LIV's suit. The remaining plaintiffs are LIV Golf, DeChambeau, Matt Jones and Peter Uihlein.

The LIV series is bankrolled by the Saudi Arabia Public Investment Fund and critics have accused it of being a vehicle for the country to attempt to improve its reputation in the face of criticism of its human rights record. 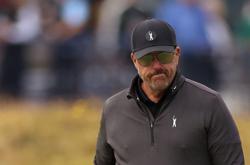 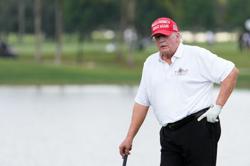