American Keith Mitchell plays out of the rough at the British Open on the Old Course at St. Andrews. The Open, the sport’s oldest and most famous tournament, is celebrating its 150th edition this year. — AP

THE British Open is the most celebrated golf tournament of all in the world and when it got underway at St Andrews in Scotland on Thursday, it clearly illustrated just why it is held in such high regard.

But before the first day left tournament favourite Rory McIlroy sitting comfortably in second place and unheralded American Cameron Young leading with an eight-under-par round, two shots ahead of the Northern Irishman, the Open lost one of its star attractions.

Englishman Justin Rose withdrew on the opening morning, citing a back injury.

The 150th Open is scheduled to come to a close today, yet golf fans around the globe will still have top quality stuff to enjoy.

From this coming Thursday, the Amundi Evian Championship will be held at the Evian Resort Golf Club in Evian-les-Bains, France, where defending champion Minjee Lee will start as a heavy favourite.

This is the fourth Major on the women’s LPGA calendar and one that perennially generates loads of entertainment and excitement.

In the field, which will feature almost all of the world’s top-50 players, will be Malaysia’s number one-ranked Kelly Tan.

After the second day of the tournament, which is based on a team format and where she has Finland’s Matilda Castren as her playing partner, they were handily tied for third on 10-under, four off the lead of France’s Pauline Roussin and Dutch star Dewi Weber. Americans Jennifer Kupcho and Lizette Salas were at 11-under in second spot.

Kelly’s best finish on Tour to date was at the 2014 Marathon Classic where she tied for fourth place.

A triumph for Lee at the Amundi Evian would not be a surprise – she has been the most outstanding player of the season thus far.

This has been underscored by her moving up to second in the Rolex Women’s World Rankings, behind Jin Young Ko.

A win would also make it three victories in this campaign. In May Lee won the Cognizant Founders Cup and then the following month captured her second Major title at the US Women’s Open.

Lee also has two runner-ups this year, including one at the KPMG Women’s PGA Championship, the season’s third Major.

She has also been in the top-15 on three other occasions.

Lee leads the 2022 Race to CME Globe season standings and the Money List, having banked some US$3.3mil (RM15mil).

that confidence, she should indeed prove difficult to beat in France.

But the likes of Jin Young and handful of others will not roll over easily in defeat.

The South Korean made a fast start to the season when she won the HSBC Women’s World Championship in Singapore in March.

And while she seemed off-form recently, she certainly has the tool set to win at the Amundi Evian.

She has had three other top-10s in this campaign, during which she has only played nine tournaments, the least of all the leading players, barring Nelly Korda (six) who only recently returned from surgery.

The pairings at the Amundi Evian might be something closely watched, if only because of Jin Young’s first two rounds at the KPMG Women’s PGA.

The 27-year-old was paired with Angela Stanford (116th in the world rankings) and Castren (60th). Many felt this contrasted rather sharply to the draws of some of the other “A List” players, let alone the world No 1.

The argument that golf is an individual’s sport and shouldn’t impact how one plays, regardless of who your flight-mates might be, is true to some degree.

But as one of the commentators on the television broadcast pointed out, just like you can be “pulled upwards” by your flight-mates who are in good form, so too can your game suffer from the opposite.

Lexi Thompson, sixth in the world rankings and one of the main drawcards on the LPGA Tour, will be hoping that her trajectory at Evian Resort this week, is upwards all the way.

At the KPMG Women’s PGA she led by two strokes on the back nine on Sunday, only to see her hopes evaporate at Maryland’s Congressional Country Club in Bethesda.

That was the second time Thompson had a lead on the back nine in the last round of a Major and lost it.

She was up-five with eight holes to play in the US Women’s Open last year and lost out to Yuka Saso.

The 27-year-old has 11 LPGA titles to her credit, including a Major secured at the 2014 ANA Inspiration (now Chevron Championship). This season alone the American has topped US1.6mil (RM7mil) in earnings and definitely has the game to win another Major, if not a few more.

Korda, who slipped to third in the world rankings while recuperating from the surgery to heal a blood clot in her left arm, is also among the favourites this week.

Since her return to the Tour she has two top-10s in three starts. She was eighth at the US Women’s Open, runner-up at the Meijer LPGA Classic and tied for 30th at the KPMG Women’s PGA.

At this week’s DOW Great Lakes Bay Invitational Korda is partnered by her sister Jessica, while the top-two, Lee and Jin Young, have opted to give it a miss.

Thailand’s Atthaya Thitikul, No 4 in the world, and New Zealander Lydia Ko, No 5, will also be quietly fancying their chances in France.

Both winners on Tour this season, one gets a feeling they are primed to make a Major championship their next title.

But before that, another one will be crowned today, when the curtain comes down on the Open at St Andrews, the Home of Golf. 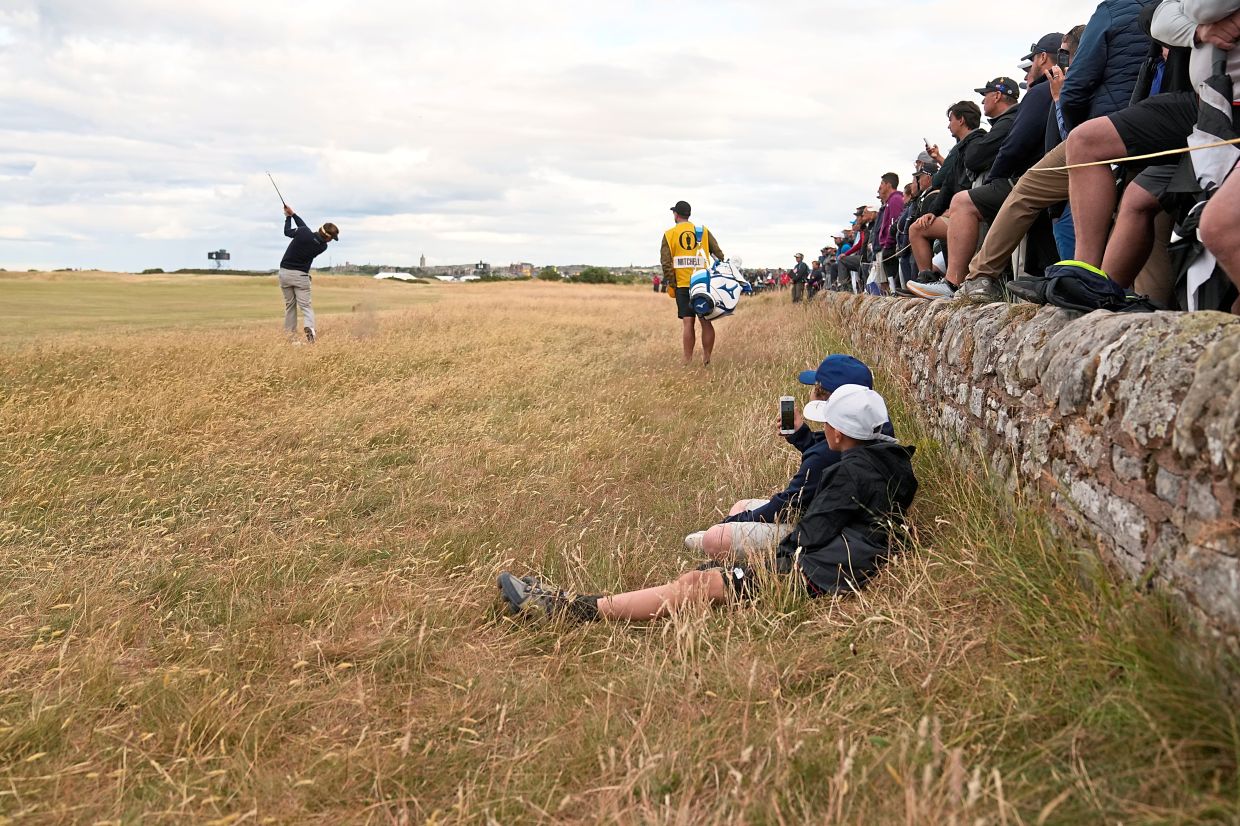 American Keith Mitchell plays out of the rough at the British Open on the Old Course at St. Andrews. The Open, the sport’s oldest and most famous tournament, is celebrating its 150th edition this year. — AP