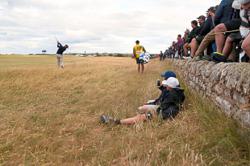 MALAYSIA'S Kelly Tan secured her best result yet on the LPGA Tour when she teamed up with her best friend Matilda Castren to finish runners-up at the DOW Great Lakes Bay Invitational at Midland Country Club in Midland, Michigan early this morning (Malaysian time).

Kelly and Castren shot a tournament 21-under 267, five strokes off Jennifer Kupco and Lizette Salas' winning 262, and a shot ahead of third-placed Maris Fassi and Stacy Lewis. Cheynne Knight and Elizabeth Szokol were tied with Tiffany Chan in fourth, a stroke back.

Castren's US$225,000 (RM1mil) payout she collected when she won the 2021 LPGA Mediheal Championship last season remains her largest win to date.

Commenting on their performance via WhatsApp, Kelly told The Star on Sunday (July 17): "It's been an incredible week. There's nothing better than having a great week with your best friend - finishing on a high note.

"It was a special performance for both of us and it's a long way from when we first met on the Symetra Tour (now Epson Tour) back in 2018. We were both struggling then, and those hardships brought us together and forged this friendship.

"This tournament will be remembered for a lifetime for me," Kelly added. "It was nice to accomplish this with Matilda, who will be my maid of honour at my wedding in December. This week was really special."

The runners-up broke off from a tie for third when Castren hit her tee-shot to within inches of the cup on the par-3 last hole of the US$2.5mil (RM11mil) tournament.

With all this momentum, the two players are now looking forward to the season's final two Majors, the Amundi Evian Championship at Evian-les-Bains Golf Resort in France, starting Thursday, and the Women's British Open at Carnousite Golf Links in Scotland, from Aug 4 to 7. It also moved Kelly from 66th to 42nd in the Race to the CME Globe points standings.

"This performance will definitely give us a boost as we head to the Amundi Evian Championship," said Kelly. "Hopefully we can carry this form into this coming week." 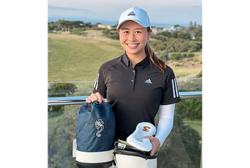 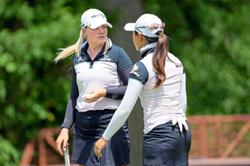