(Reuters) - Ten months after almost quitting golf, Li Haotong sank a massive birdie putt to complete a play-off victory at the BMW International Open on Sunday and clinch his first win in over four years.

The 26-year-old's victory in Munich earned him his third European Tour title and first since he edged out Rory McIlroy by a stroke at the Dubai Desert Classic in January 2018.

"No one knows how much I have gone through over the last couple of years," Li said. "Ten months ago I nearly decided to not play golf. I thought I couldn't play golf again.

"If someone told me 10 months ago I would win again, I wouldn't believe that. Through a lot of tough times, I realised how good that feeling is to play good again."

Li extended his overnight three-shot lead over Belgium's Thomas Pieters to five with three birdies in the first five holes on Sunday, but a run of four bogeys over the next 10 holes allowed Pieters to draw level.

Li almost found the water on the first play-off hole but sank a monster birdie putt before Pieters rolled his effort just wide.

"Thomas played great all day. My putter wasn't as hot as yesterday. Golf, this is golf," Li said. "Sometimes things go your way, sometimes not. I'm just so happy to finish on 18 like that.

"Somehow I thought that I would make that putt. I don't know how I made that stroke, how the ball went in the hole, because at the end of the day the greens were very bumpy. You just never know." 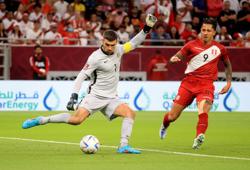 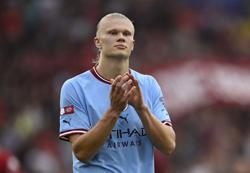