Above: Yeoh presenting Dianne with her cheque, as the other dignitaries look on in the background.

SHAHRIFFUDDIN Ariffin again clearly illustrated that he is the number one player in the domestic game as he continued his good run of form with victory in the Professional Golf of Malaysia (PGM) Tour’s inaugural KIA Championship at Glenmarie Golf & Country Club in Shah Alam.

The 23-year-old clinched his second straight win on the Tour to make it two wins in three starts, although this time it was a close-run thing with Ervin Chang, a double gold medallist at the South-East Asian (SEA) Games in Vietnam, pushing him all the way.

Shahriffuddin finished just one stroke ahead after he shot a 10-under-par 278 in the three-day tournament to take the title in the RM120,000 event, while amateur player Mirabel Ting finished with an identical total to capture the women’s title by three shots from Dianne Luke.

In the weather-interrupted event, and on a final day of fluctuating fortunes, Shahriffuddin carded an even-par 72. That was after he opened with a seven-under 65 and followed it up with a three-under 69.

Delighted with his performance and the triumph that came with a RM21,000 cheque, Shahriffuddin said: “I just tried to stay focused and I’m happy with the win.”

He won the PGM Maybank Championship at Saujana Golf & Country Club in March, before going to Thailand, where he emerged with a runner-up finish and a tie for 15th place in his other start in the Land of Smiles.

“Overall, I played well here this week. The second day was tough because the weather (the rained-off second round) did not help, but I didn’t let it get to me. And in the end it worked out well.”

Determined to take his game to the next level and try and get as much international exposure as possible to help the process, Shahriffuddin said he would be travelling to Indonesia next month to play in two Asian Development Tour (ADT) events there, with a view to playing another tournament in Jakarta after that.

Ervin, who said this would probably be his last tournament as an amateur player, and added that he was happy with how he acquitted himself at Glenmarie and that he enjoyed mixing it with the pros, shot rounds of 66, 69 and 72 to finish second.

After his final round, the amateur player, who went to Liberty University in Lynchburg, Virginia where he graduated with a Masters, said: “It was similar to the SEA Games. It was intense out there, but I enjoyed it. I enjoyed playing alongside Shahriffuddin (in the final round) and now I’m looking forward to turning pro.”

He did not say exactly when he would turn professional, but added that he would make public his decision on social media.

Paul San shot a third round four-under 68 to finish in third place on seven-under 281, while Khor Kheng Hwai was fourth on 282, after a last round 73, and Asian Tour regular Nicholas Fung fifth on five-under 283. He shot a final round 72.

Mirabel said after the tournament that she was delighted to have set a new personal mark for Glenmarie and enjoyed every bit of it.

“My best here at Glenmarie (before the last round) was a 67, so to go out there and shoot a six-under 66, and win, is really special,” said the 17-year-old, who plans to start studying in the United States later this year. She also had rounds of 69 and 71.

Dianne, who led the RM20,000 Ladies’ Championship after an opening 67, managed an even-par 72 in the final round and finished runner-up on seven-under 281.

Aretha Pan, winner of the PGM Maybank Championship at Saujana in March, carded a last round 75 and slipped to a two-over total, while Ainil Johani Bakar, who only recently returned from duty on the Ladies European Tour, stumbled to a two-over 74 for a 296 total and fourth place.

Speaking after the tournament, Datuk Sri Ben Yeoh Choon San, executive chairman of Bermaz Auto Berhad, the parent company of the title sponsors, said: “We are satisfied with how the event turned out – it was good.

“And we are pleased to be part of the sport and the PGM Tour, as it is our desire to help our pros and up-and-coming players to do their best, and give them opportunities to try and succeed beyond our borders.

“We know that a few players have ventured out and done well on the Asian Tour and other Tours abroad, and we want to help those numbers grow, and have more Malaysian players make their mark overseas.” 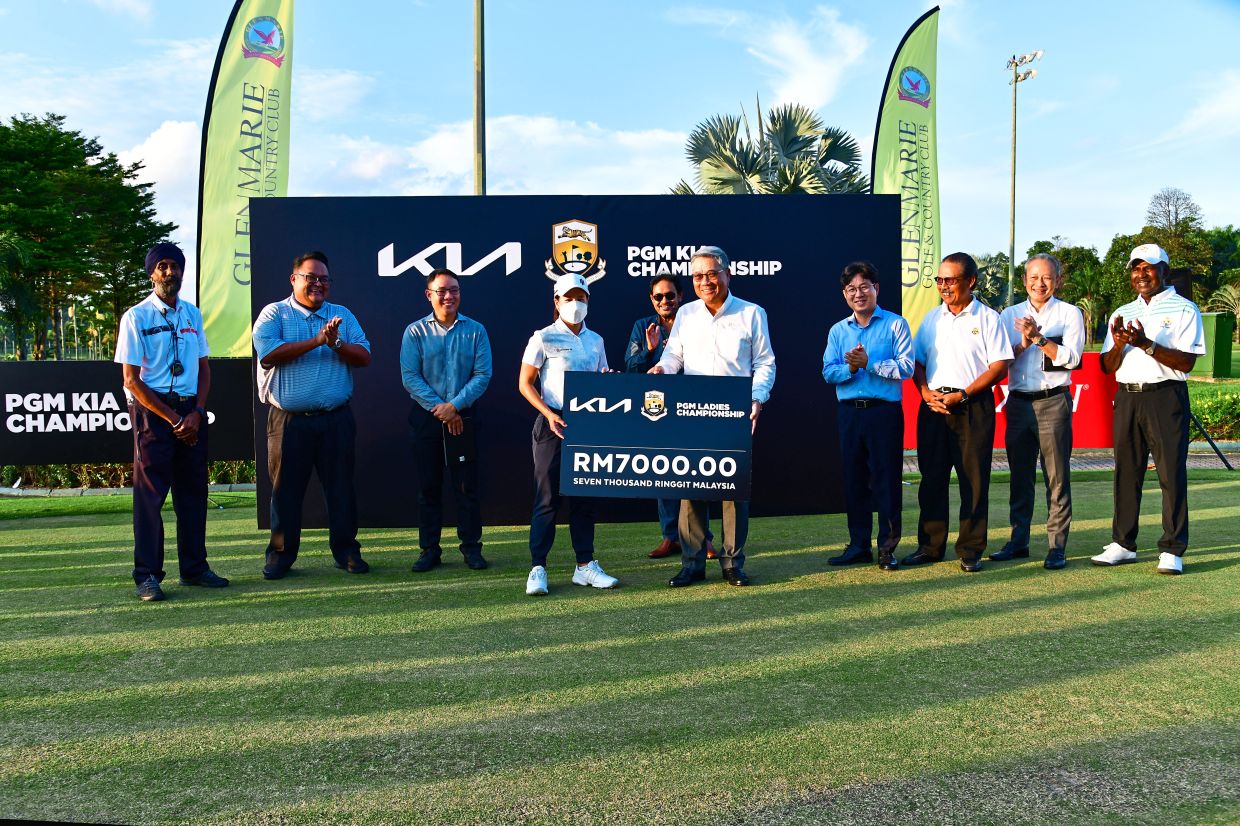 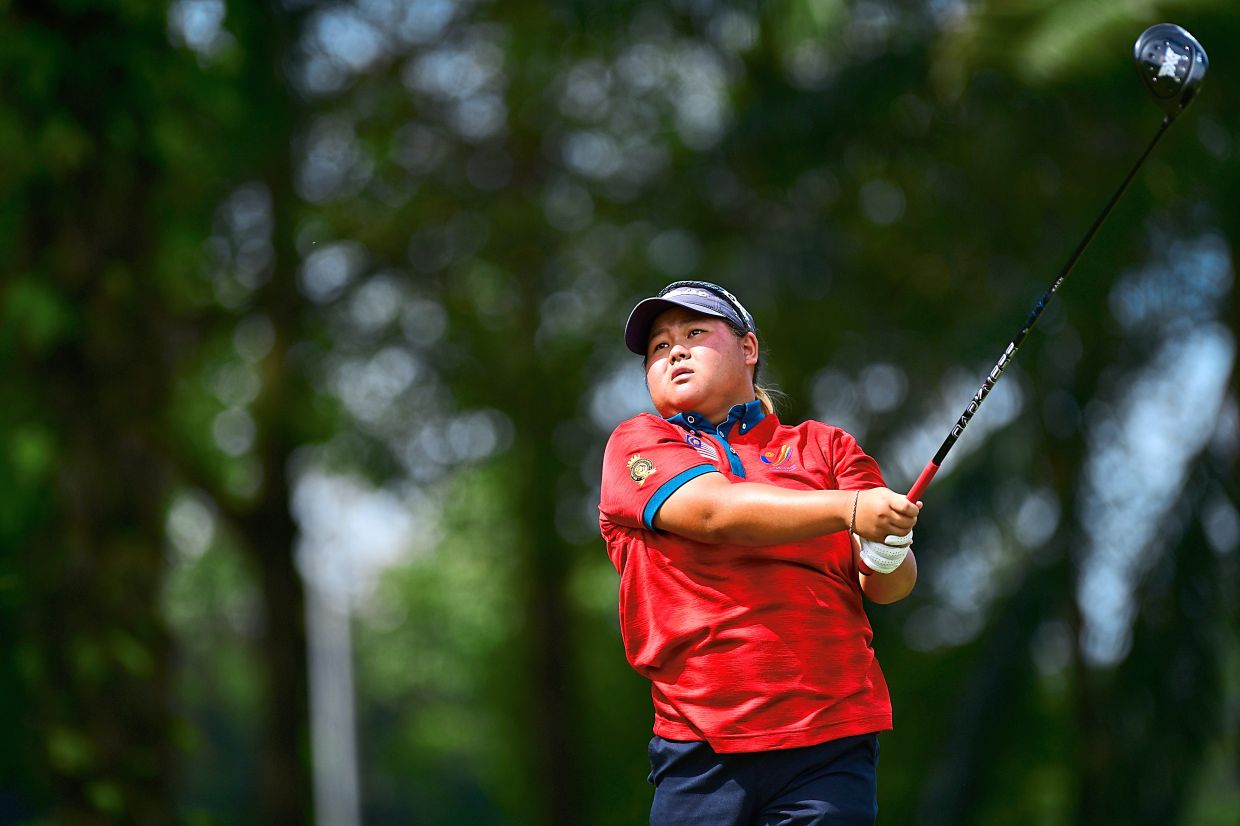 Above: Yeoh presenting Dianne with her cheque, as the other dignitaries look on in the background.

Mirabel en route to the ladies’ title at Glenmarie.

Shahriffuddin captured his second title of the season at the inaugural KIA championship.