May 21, 2022; Tulsa, OK, USA; Tiger Woods removes his driver cover at the second tee during the third round of the PGA Championship golf tournament at Southern Hills Country Club. / Orlando Ramirez-USA TODAY Sports

TULSA, Oklahoma (Reuters) - Unheralded Mito Pereira became the first Chilean to lead a major, surging three shots clear at the top of the PGA Championship third round leaderboard on Saturday, while Tiger Woods withdrew after sinking to the bottom of table.

Playing in just his second major, Pereira has refused to surrender to pressure carding a one-under 69 to get to nine-under 201 and a three-shot advantage on Britain's Matt Fitzpatrick and American Will Zalatoris going into Sunday's final round at Southern Hills Country Club. 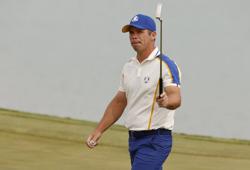 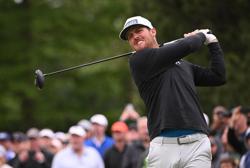