Teen Jeneath leaves it late to win Down Under 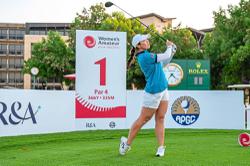 The 17-year-old Jeneath made par to win the sudden-death playoff against Australian Keeley Marx at the Churchill-Waverley Golf and Bowls Club in Victoria yesterday.

Jeneath had earlier finished the 54-hole regulation play tied at the top on seven-over 226 total, forcing the replay on the par-five 18th.

It was her fifth title in Australia this year. She also won the Victorian Junior Amateur in January; Riversdale Cup in March; Australian Girls’ Amateur in April and the Murray River Junior Masters in June. The Covid-19 pandemic prevented her from competing abroad.

Despite being a state-level event, the Masters is considered as Australia’s leading junior tournament.

Among the past winners are former world No. 1 and Major champions Adam Scott and Jason Day.

Jeneath, who resides in Melbourne after emigrating with her family in 2015 has been making waves in the amateur scene since last year.

The Victoria state golfer made her presence felt not only at junior level as she also defended her Riversdale Cup crown, which is one of the biggest amateur Open championships in the country.

Jeneath will move to the United States in 2023 to further her studies and play collegiate golf. She has enrolled at California’s Pepperdine University, which is a National Collegiate Athletics Association (NCAA) Division 1 (top-tier) side.

Meanwhile in Thailand, all three Malaysians competing at the Laguna Phuket Championship failed to impress.

Nicholas registered a six-over 286 total while Gavin and Galven struggled with a 287 and 288 respectively. 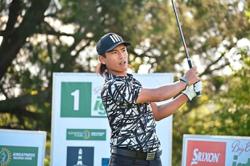