On a run of ups and downs 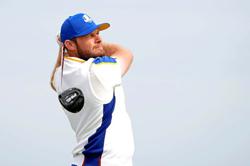 Gavin on the tee box during the stint in Europe.

TO say that the last few weeks have been rather eventful is an understatement. After making two consecutive cuts, I felt pretty good about my game as it was getting closer to where I wanted it to be.

When I got to Amsterdam for the Dutch Open, I was in a confident mood after the practice round. I was hitting the ball solidly and I thought to myself that if I kept doing that, I could finish in the top-10 or maybe even win it.

Unfortunately, I couldn’t align my thoughts and got ahead of myself. I ended up missing the cut, which was disappointing.

I needed to gather myself and my thoughts so I decided to take some time off, something I hadn’t done since I don’t know when.

My mum and I spent most of the week in Amsterdam, exploring the city and just chilling.

I didn’t touch my clubs for the whole week – until we got to Scotland for the Alfred Dunhill Links Championship and it felt really good.

It was just what I needed – a reset. Resets like these are necessary as they help us recharge and get our bearings set again.

The Alfred Dunhill Links is quite different from what we usually play. It pairs amateurs with pros and there are two scores that count – individual and team – and is played over three courses, the Old Course at St Andrews, Carnoustie and Kingsbarns.

At the start of the week, it felt like we got lucky with the draw with pretty much mid-field starts.

Based on the weather forecast, I thought we got a good break but unfortunately, we ended up having the worst draw.

I had Carnoustie on the third day with crazy winds of between 35 and 40km, and heavy rain and it was really cold.

So there it was, another missed cut, but it was not a fair test of my game and I did feel that I was hitting it well.

Heading into the Spanish Open in Madrid, the game was much more solid. I felt I was hitting the ball well but when I got into trouble, it really penalised me.

To make things worse, the putter went totally cold. That’s golf. Missing the cut by one was painful, but it spurred me on and I was playing much better.

Then we moved to the south of Spain for the Andalucia Masters. Valderrama is a course that is super tight, the greens are crazy fast and when the wind kicks in, it becomes extremely difficult. It’s the kind of golf course that can trip you up even when you’re playing well.

However, I loved it and really enjoyed the challenge. I’ve always had a good connection with this course. There’s something about it which appeals to me.

The first day we played in the afternoon when the wind was swirling, so it took a great amount of concentration and focus to get the right distance and direction.

I was at five-over after the second round and it was another afternoon spent watching the cut line, which went from three-over to four-over and eventually, five-over. What a relief.

The high cut reflected just how tough the course was playing.

The next two days were decent and finishing top-20 felt really good as it had been awhile.

My swing and game are getting there. The contact is crisp and I’m hitting the fades I need. Just got to keep taking it one step at a time and enjoy the game again.

Till next time, adios amigos! 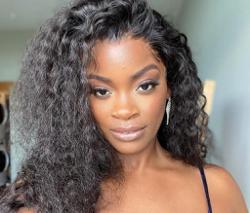 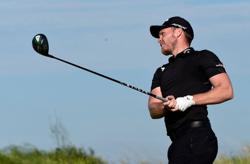 Golf-Johnson, DeChambeau and Mickelson confirmed for Saudi International
Golf-Elder, first Black player to compete in Masters, dies at 87
I still have chance to break into top 30, says Nicholas
Golf-Norway's Pettersen named Europe captain for 2023 Solheim Cup
Ben all smiles despite missing out on top-10 finish in Phuket
Golf-Chan's par putt clinches win in first Asian Tour event of 2021
Koepka joins Srixon Staff
Sabahans Ben and Nicholas get shot at top 10 finish in Phuket
Kelly has reason to celebrate
Jin Young is the best there is on the LPGA