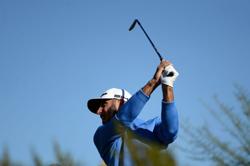 THE Asian Tour is looking forward with great enthusiasm to the 2022 season and beyond.

Much of this positive energy is borne out of the partnership struck up with Saudi Golf, to host the Saudi International – a tournament that will have prize money of US$5mil next February.

For the first three years it was sanctioned by the European Tour.

Now, as the regional circuit prepares to restart tournament play with an event in Thailand next month, after an absence of some 19 months, TeeUp conducted a wide-ranging interview with its Commissioner and chief executive officer Cho Minn Thant.

In it, Cho said it is “exciting for Asian golf to have the Saudi International” as their (2022) season opener.

He added that two tournaments in Singapore in January would bring to an end a “thrilling season” that stretches from January 2020 to January 2022.

Four events were played between January and March last year, the Bandar Malaysian Open being the last of the quartet.

The Blue Canyon Championship set for November 25 to 28 and the Laguna Phuket Championship from December 2 to 5 have already been confirmed.

The tournament names, venues and dates of the Singapore events are yet to be released.

With regards to the Asian Tour’s 10-year Saudi International partnership and a Golfweek report that hinted at financial support to the tune of US$100mil, Cho would not be drawn into divulging if there was any substance or accuracy to it.

He said: “We’re not going to comment on speculation. Our 10-year partnership to sanction the Saudi International is a crucial first step and a very exciting one at that.”

Following are excerpts of the interview, some of which will be carried in next Sunday’s TeeUp pages as well:

Q: How important is the sanctioning of the Saudi International to your Tour?

A: There are wide-ranging benefits, the biggest being that we have a new flagship event with a purse of US$5mil.

It’s an addition to our schedule that will provide increased playing opportunities to our members, lead to other commercial opportunities and allow us to expand our footprint while increasing our fan base.

With the field that the tournament sees, it is also a valuable chance for our members to gain a considerable amount of world ranking points.

Q: What is the event to the Tour’s membership, in terms of numbers, etc?

A: The sprint to the season’s finish line is expected to be more exciting than ever, as the top-30 players from the final Order of Merit will receive automatic entry into the Saudi International.

There will certainly be a higher percentage of Asian Tour players teeing off as there will be other categories through which our Tour players will be able to compete. Details of the field make up will be announced later.

Q: The American media outlet Golfweek also reported that the US PGA Tour will refuse to allow some of its biggest stars to play in what they termed is a “controversial Saudi International” next year – what is the Asian Tour’s view on this?

A: We have every expectation that the Saudi International will continue to field the world’s top golfers and maintain its positioning as one of the most competitive tournaments across the sport.

Q: The Golfweek report also added that the European Tour plans to deny permits for its members to compete in event – what is your view on this?

A: We’ll welcome all eligible players regardless of which Tour they are from, in an open category. And we look forward to constructive dialogue on the matter.

Q: Does the Malaysian Open, which happened to be the Asian Tour’s last event proper (March 2020), still figure in your plans?

A: We were delighted to welcome the Malaysian Open back to our schedule last year, after a gap of five years. It was certainly very unfortunate that it was the last event played before Covid-19 hit.

The event definitely features in our plans going forward and like all events in the near future we will need to stage it in an environment that observes all Covid protocols.

Q: Is the United Arab Emirates (UAE), which is now also part of the Asia-Pacific Confederation, in the sights of the Asian Tour, and if so what sort of presence do you have there, given that they also host several European Tour events?

A: The Middle East is where East meets West. There is no hard and fast rule regarding which Tour’s territory the region falls under.

As you know, the European Tour stage a number of events in the Middle East, but the Asian Tour has also enjoyed playing events there in the past.

We now have a partnership with Golf Saudi to sanction the Saudi International for the next 10 years.

And we are also in the early stages of discussions for our Asian Development Tour to work more closely with the Middle East & North Africa (Mena) Tour.

We will certainly be looking at doing more business in the Middle East in future and we believe we have the right partners to do that.

Q: What number of events can we expect on the schedule next season – besides the Majors, WGCs, those in Europe and the Japan Golf Tour?

A: Our goal has always been to provide our members with 23 to 25 sanctioned tournaments in any given season, not inclusive of the Majors and WGCs.

But now, our primary focus has been on finishing the current season and it’s exciting that is about to happen.

We have worked very hard behind the scenes to make that possible.

Announcements on 2022 will follow later. As you can imagine we have to plan carefully and wisely at the moment due to the Covid-19 pandemic.

Q: What do you make of those who have questioned the integrity of crowning an Order of Merit champion when only two events have been lined up this year?

A: Actually, we have four events planned to complete the season: two on Phuket Island in Thailand (Nov/Dec) and two in Singapore (Jan).

So, this would mean the (2020/21) season will boast eight events, which will be an excellent result after a difficult and fractured season.

It is imperative we complete the Order of Merit and then determine who can compete in the season-opening US$5mil Saudi International. 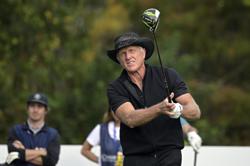