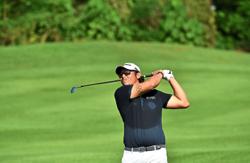 MALAYSIA will have reasonable representation at the Asian Tour’s Blue Canyon Championship when the regional circuit restarts with their first event in 19 months.

Announcing what they termed was “a series of season-ending tournaments” the Asian Tour confirmed the other day that the Thai island of Phuket would host the Blue Canyon Championship from November 25 to 28, 2021 and the Laguna Phuket Championship from December 2 to 5.

This comes after their last tournament was held at Kota Permai Golf & Country Club in Kota Kemuning, Selangor, where the US$1mil Bandar Malaysia Open took place in the first week of March 2020 and was won by American Trevor Simsby.

Both events lined up in Thailand also carry prize pursues of US$1mil and at Blue Canyon Country Club in November, Malaysia will have no less than a half-a-dozen players in the field.

Also in the Blue Canyon field is Scott Hend, the Australian who won the 2019 Maybank Championship at Saujana Golf & Country Club in Subang, Selangor.

The Maybank Championship, called off last season and this year because of the pandemic, is among the more celebrated events on the European Tour, with US$3mil prize money on offer.

The Blue Canyon line-up is set to parade a number of popular veterans, among them Thailand’s Thaworn Wiratchant and Boonchu Ruangkit, India’s Jeev Milkha Singh and Singaporean Mardan Mamat.

Included in the Asian Tour’s announcement of the “series of season-ending tournaments” is the intention to crown an Order of Merit champion, something that has raised a few eyebrows and left others to question its authenticity.

The call here is that the Order of Merit will “lose” its integrity given that only two events will be held this year. And even the bid to add substance to it by including the four tournaments held between January 12, 2020 and March 7 2020 still leaves it way short of what should be a season-long campaign – and in this particular case, one stretching over two seasons – is in actual fact no more than two months and two weeks in total.

The Asian Tour have confirmed three tournaments at the start of next year. According to their statement, two events will be played in Singapore in January and the third will be the Saudi International, which will fall under the jurisdiction of the Asian Tour for the first time, from 2022.

The fourth Saudi event will be played at Royal Greens Golf & Country Club near Jeddah from February 3 to 6 and carry prize money of US$5mil.

The first three, staged the same venue, were held by the auspices of the European Tour, who have reportedly pulled out of the event.

According to the American media outlet Golfweek, the “PGA Tour will refuse to allow some of its biggest stars to play in the controversial Saudi International tournament next year”.

Golfweek added that the “PGA Tour members must obtain a waiver to compete on other circuits and the Tour has signaled to managers that permission will not be granted because the Saudi event is no longer sanctioned by the European Tour, which also plans to deny permits for its members to compete”.

At the time of going to press, TeeUp was awaiting a response to inquiries from the Asian Tour on this and a few other matters, including the Order of Merit.