They can look forward to returning to action again after close to two years of inactivity due to the Covid-19 pandemic as the Asian Tour is set to resume in February next year.

On Monday, the Asian Tour announced that the lucrative US$5mil (RM20.95mil) Saudi International will kickstart the 2022 tournament calendar that is due to be unveiled in due course.

The Tour has been suspended since the Malaysian Open completed on March 7 last year.

While their more illustrious counterparts such as the US PGA Tour and European Tour have successfully resumed in the second half of 2020 and went full swing after that, the Asian Tour has struggled to restart its season.

The Asian Tour is faced with a complex international schedule that involves players from more than 25 countries crossing borders for each tournament.

But their members can now look ahead to next year with renewed optimism following the Asian Tour operator’s pleasant announcement on Monday.

The Asian Tour announced they would sanction the Saudi International for a period of 10 years starting from 2022.

The Saudi International, which was established in 2019, was previously sanctioned by the European Tour. 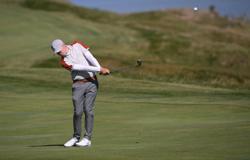