Alyaa well placed to make impact in US amateur meet

Good run: Alyaa Abdulghany (left) and Audrey Tan are through to the match-play round of the prestigious US Women’s Amateur Championship. — MGA.

PETALING JAYA: Malaysia’s Alyaa Abdulghany underlined her determination to win the prestigious US Women’s Amateur Championship in her fifth attempt by qualifying sixth best for the top-64 match-play stage.

In the 36-hole stroke play contest which ended at the Westchester Country Club in Rye, New York on Tuesday, Alyaa carded a pair of 74 and 69 to tie for sixth spot on a two-day total of one-under 143.

Alyaa will be joined by compatriot Audrey Tan who finished joint 45th after posting rounds of 75 and 73 for 148.Rachel Kuehn topped the 156-player leaderboard on 138, two shots ahead of fellow Americans Kennedy Pedigo in second spot and Brooke Matthews who posted 141 for third.

The 22-year-old Alyaa made the country proud when she came in joint third last year.

Alyaa fought well before going down 2 &1 (two up with one hole remaining) to Rose Zhang of the US in the semi-finals.

Still, Alyaa would go into the record books as the most successful Malaysian in the tournament as she surpassed the last eight achievement by Lim Siew Ai in 1995.

The US Women’s Amateur, in its 121st edition, is regarded as the most prestigious women’s amateur golf meet alongside the British Ladies Amateur.

An all-time high number of 1,560 entries were accepted for the championship with a total of 26 qualifiers being played across the US and Canada between June and July.

Alyaa has qualified automatically for this year’s tournament by virtue of being last year’s semi-finalist while Audrey earned her ticket through a top five finish in a qualifying event held at the Walnut Creek Country Club in Texas on June 28. 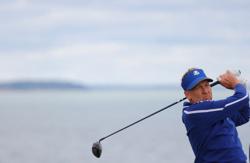 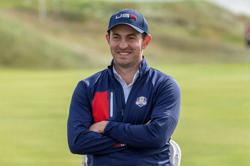