PETALING JAYA: Malaysia’s No. 1 golfer Gavin Green (pic) made amends at the halfway stage but it was not enough to see him through the weekend play at the European Tour’s season-opening Abu Dhabi HSBC Championship in the United Arab Emirates.

Gavin, playing against golf’s biggest stars, carded a two-under 70 and had a mix of three birdies against one bogey to finish on a par 144 total at the Abu Dhabi Club yesterday.

Gavin occupied jointh-67th spot and missed the cut at one-under in the second round which was halted due to fog.

It is the first time Gavin missed the cut in his third appearance at the tournament in as many years.

He came in tied 32nd in his debut and then improved it to tied 21st last year.

Other Asian golfers who missed the cut are China’s Li Haotong, Gaganjeet Bhullar of India and Thailand’s Kiradech Aphibarnrat.

England’s Tyrell Hatton takes a one-shot lead over Spaniard Rafa Cabrera Bello at the end of the second round after a four-under 68 for a 11-under 133 total. 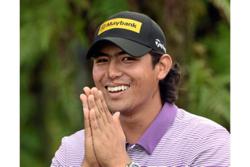 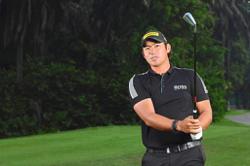