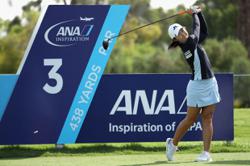 PETALING JAYA: Golf will have to take a back seat for the time being as birthday girl Kelly Tan (pic) eyes a well-deserved break after enduring a hectic schedule that saw her play 10 tournaments in 13 weeks.

Kelly, who turned 27 yesterday, gets a chance to let her hair down and party a bit during the LPGA Tour three-week break. The next tournament for her is the Pelican Women’s Championship in Florida from Nov 19-22.

Kelly said the break is timely as the crowded schedule seemed to have taken a toll on her and it was evident when she finished tied-60th in the Drive On Championship at Reynolds Lake Onconee in Georgia on Sunday.

“I feel I played much better than the result but that’s golf... the course’s really amazing, ” said Kelly.

“I’m really looking forward to my few weeks off and it’s a very much-needed break.

“I’ve been fortunate to be playing a lot of golf over the past three months. I want to come back fresh and revitalised and try to finish as strong as possible in the final stretch of the season.”

It certainly pays for Kelly to feature in all the 10 tournaments since the LPGA Tour resumed in late July after a five-month hiatus due to the Covid-19 pandemic.

A string of consistent results, which saw her register six top-30 finishes out of the nine cuts made, have all but assured her a coveted spot in the US Women’s Open (Dec 10-13) and Tour Championship (Dec 17-20).

Kelly is expected to qualify for US Women’s Open through the LPGA Tour Official Money list.

The top-10 money list winners, who have yet to qualify as of Nov 11, will also get to be part of the 156 golfers for the final Major of the season.

As for the season-ending US$3mil (RM12.5mil) Tour Championship, Kelly is slated to remain in the top 60 of the Race to CME Globe points standings with just three events left. She sits comfortably in 36th spot.

“I believe I have done enough to get into the US Open and the Tour Championship, just waiting for it to be made official, ” said Kelly.

“I’m particularly delighted and excited over the Tour Championship. It’s a goal of each LPGA player to be among the best 60 of the season. 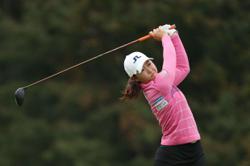