Kelly surges to No. 232 on world ranking

The 26-year-old climbed 38 spots to No. 232, occupying her best position since May 2017, in the updated ranking list released on Monday. Kelly was 417th at the start of the season.

She has enjoyed a steady rise in the WWGR thanks to her decent run of form since the restart of the LPGA Tour six weeks ago following a five-month hiatus due to Covid-19.

In that period, Kelly made five cuts from six events with her best-two results, a tied-ninth at the Marathon Classic and a tied-11th at the LPGA Drive On Championship.

With three more tournaments lined up over the next four weeks starting with the Cambia Portland Classic tomorrow, Kelly will seek to improve further and try to crack the top-200 since February 2017.

Kelly has also signed up for the ShopRite LPGA Classic (Oct 1-4) and has qualified for the Women’s PGA Championship (Oct 8-11), the third Major of the season.

There’s plenty to play for as she also stands a chance to qualify for the US Women’s Open through these three events.

Should Kelly qualify for the event which is slated from Dec 10-13, it will be the second time she participates in all Major tournaments in a season since 2016.

Kelly also took part in the Women’s British Open last month but missed the cut by one shot. 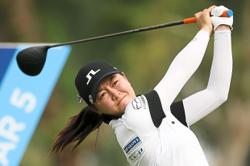