Saujana is scheduled to host the MercedesTrophy Malaysian final next month.

THE Covid-19 pandemic has caused havoc with the world and our lives. Many say that things will never be the same again – not after this lot, and it’s difficult to argue with that right now.

But there are some aspects of life that appear to be changing for the better. The return of tournament play is an area that has embraced this positive development with open both arms.

This is not to say, though, that some tournaments have not fallen victim to the pandemic. On the contrary, there have been competitions from both ends of the scale that have felt the wrath of the pandemic. Indeed, the oldest and biggest tournament in world golf – the British Open – was cancelled this year and just last week we reported that the Asia Pacific Golf Confederation called off their men’s Senior Amateur Championship that was scheduled for November.

The two big casualties on the domestic front were the Astro Masters and the Carlsberg Classic. Both popular events, the organisers have confirmed that they were now looking at regrouping and focusing on next year.

This year would have been the 23rd staging of the Astro Masters, which held its grand final in Taiwan last year. The event, which has on occasion fielded up to some 3,000 players a season, has had its grand final held in Thailand, Indonesia, Vietnam, Oman, China and Cambodia as well.

The Carlsberg Classic is also among the biggest amateur events in South-East Asia and is a tournament played at anywhere between 35 and 40 golf clubs across Malaysia. It would have been 27th straight year that the brewery held the event.

Last year it offered more than RM2.6mil in sponsorship value and had a field of more than 3,000 golfers in the qualifiers, including those from Sabah and Sarawak.

But while these two big amateur events will not be played this year, the Perodua National Amateur Golf Series (PNGS) and the MercedesTrophy Tournament will go ahead – albeit with rearranged schedules and venues.

Delta World chief executive officer Isac Saminathan said their qualifiers would resume this week, but have the national final staged only next year. They run the PNGS series.

“It has been great news for golfers in Malaysia who were eagerly waiting to play competitive golf again and compete in Perodua National Amateur Golf Series, which will restart with the Wilayah Persekutuan qualifying round on Saturday (Sept 5) at Kelab Golf Perkhidmatan Awam (KGPA).

“We’ve had an overwhelming response for this qualifying round with more than 120 players registered,” said Saminathan.

“We have also stretched our schedule to include 2020 and 2021, and it will conclude the national final at Forest City Golf Resort in Johor on Sept 4, 2021, from where we will identify five players to represent Malaysia in Mexico.”

“As most of the international borders are still closed, the World Amateur Golfers Championship (WAGC) have decided to postpone the 2020 world final in Mexico to October 2021.”

Perodua chairman Tan Sri Asmat Kamaludin said of the event: “We should put our best foot forward and make this annual championship the best ever amateur golf series in

The MercedesTrophy will resume with its second round qualifier at Kota Permai Golf & Country Club on Tuesday.

The third qualifying round is for the women’s category, scheduled for the same venue, the following day. The Malaysian Final has

been pencilled in for Oct 22 at Saujana Golf & Country Club in Subung, Selangor.

On their website, Mercedes-Benz said the “Regional Final and World Final 2020 have been cancelled due to the unprecedented Covid-19 pandemic”, and that “one of the best finalists with the highest stableford points in the National Final will be selected to represent Malaysia at the MercedesTrophy World Final 2021”.

The MercedesTrophy is an exclusive series of invitational golf tournaments conducted all over the world for Mercedes-Benz owners. Each year, over 60,000 players from more than 60 countries tee-up in the tournament. Participants also will stand a chance to win a Mercedes-Benz E200 for a hole-in-one.

Last week, the Professional Golf of Malaysia (PGM) Tour announced the start of their season, albeit one reduced to no more than 10 events across three categories.

So there does appear to be light at the end of the tunnel after all, despite the mayhem Covid-19 has caused. 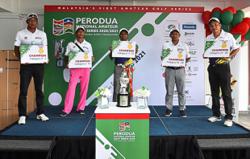 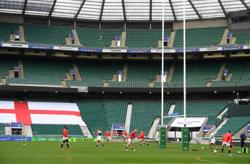 Gavin bogged down by swing change in Joburg
Streb beats Kisner in playoff to win RSM Classic
Gavin fails to find form in S. Africa
Hansen claims maiden European Tour win at Joburg Open
Streb stays ahead at blustery RSM Classic
Dad’s presence in S. Africa spurs Gavin to survive cut
Deserved Masters win for the No 1
Not all adhere to cart policy
Big things expected of new Air Max
The plan is to enjoy it