It’s all for a good cause, says Varner

Varner III (left) and Watson en route to victory in the charity event.

They beat Jason Day and Wesley Bryan 3-up, in the charity exhibition at Detroit Golf Club and raised almost US$1mil in the process.

The made-for-television competition had Varner hit an approach into the opening hole to set up a three-foot birdie that gave them an early lead.

Day and Watson both had birdies at the par-4 13th, before Watson added another from four feet at the 15th to double their lead.

Varner, who has discussions with PGA Tour commissioner Jay Monahan about the inequalities on the Tour, sealed victory with a long putt at the 17th hole.

In another development, the PGA Tour said “going forward, in accordance with (US) CDC guidelines, a player or caddie who tests positive for Covid-19 but has not had any symptoms may return to competition if he returns two negative tests results, a minimum of 24 hours apart.

“The policy change will go into effect immediately. Cameron Champ – who tested positive on June 23 and had three subsequent negative tests in the 72 hours that immediately followed that positive result (24 hours apart) – has been medically cleared to play in this week’s Rocket Mortgage Classic.

PGA Tour players Harris English and Chad Campbell, and Korn Ferry Tour players Brandon Wu and Jonathan Hodge – who tested positive earlier this week but were asymptomatic – will be eligible for next week’s events, if they choose to enter a testing regime and pending they each return two negative tests results, a minimum of 24 hours apart.

It’s all for a good cause, says Varner 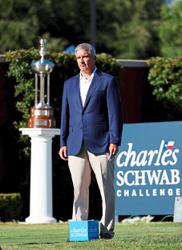 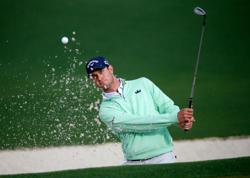