It turned out rather well, after all

American Trevor Simsby held his nerve when it mattered most.

THERE was an air of accomplishment at the end of the first Malaysian Open championship in five years, staged at Kota Permai Golf & Country Club in Kota Kemuning, Shah Alam, Selangor last weekend, and it was not one that was misplaced.

It also turned out to be a memorial one for American Trevor Simsby, who clinched his biggest career payday with a playoff triumph over Australian Andrew Dodt and American Jarin Todd in an enthralling last day that had the tournament reduced to 54 holes because of time lost to weather disruptions.

The top-three all finished regulation on 13-under-par 203 and it was Simsby, who held his nerve best when it matter most as he emerged with the victory at the second extra hole.

Despite the weather taking its toll, the event, sanctioned by the Asian Tour in conjunction with the Japan Golf Tour, went ahead in the face of the growing spread of the Covid-19 outbreak and held its own as a tournament well organised – albeit with a few minor issues caused by some over-zealous workers.

The Malaysian Golf Association (MGA), the custodians of the US$1ml championship that was sponsored by Bandar Malaysia, were themselves pleased with the way things panned out and the national governing body’s president Admiral Tan Sri Datuk Mohd Anwar Mohd Nor (Retired) said so afterwards.

“It (the tournament) went off well and we are especially pleased that there were no major setbacks,” he said, obviously referencing the weather and what the Covid-19 outbreak could have done

Indeed, several golf tournaments across Asia, and other parts of the world, have either been cancelled or postponed because of the global pandemic. 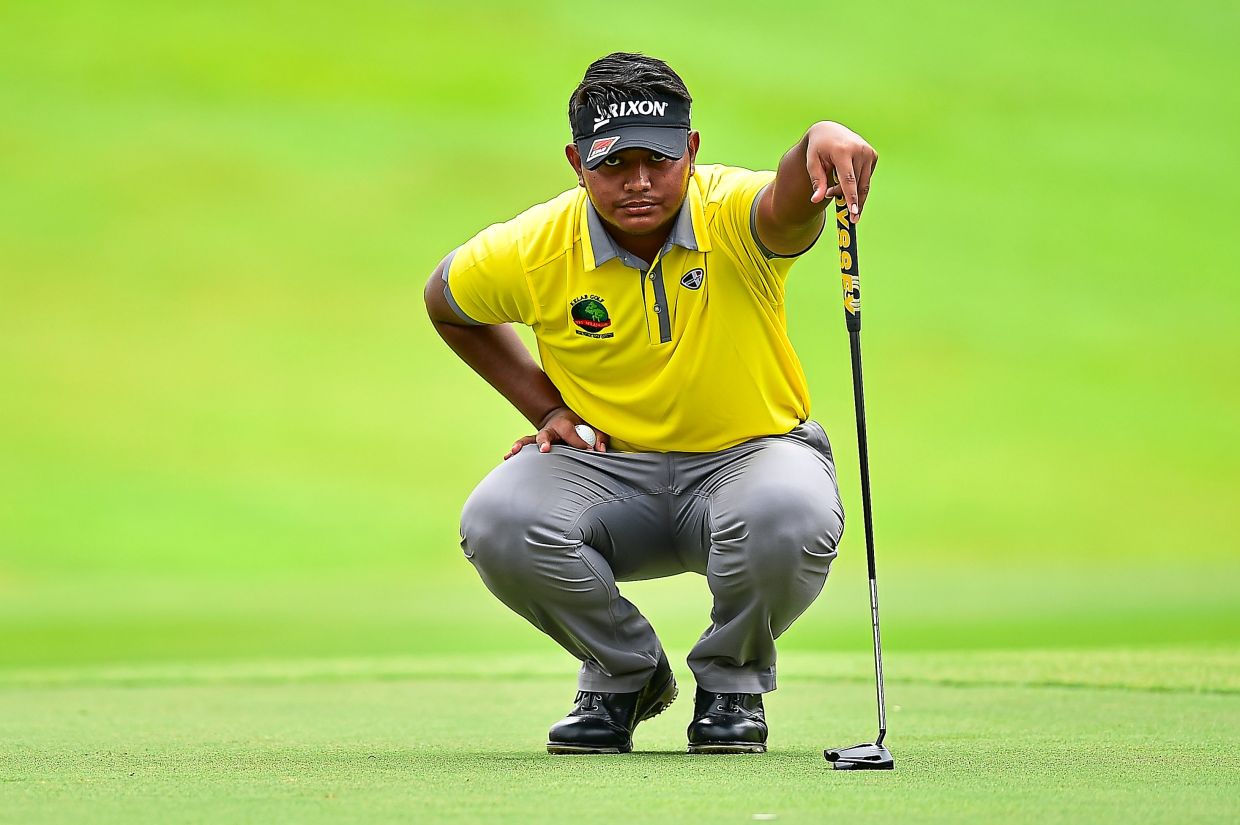 “We would also like to congratulate Trevor on his win. The tournament as a whole was packed with exciting golf just as so many other Malaysian Opens have been down the years. But this week, the last day, even if it was only the third round, had more than its fair share of gripping and suspenseful golf. It was really exciting for all involved, especially the fans,” added Anwar.

The MGA expressed their gratitude for the sponsorship from Bandar Malaysia and made mention too of the support they received from a host of other entities that weighed in to help make the event possible.

“We really want to say thank you to all the parties involved in this year’s tournament and add that we look forward to a bigger and better event next year,” said Anwar.

The 27-year-old Simsby will also have been thankful for the staging of the event, one in which he buried a four-foot birdie putt at the second playoff hole to win the gigantic trophy and bank a cheque worth US$180,000.

Beaming with delight, he said: “This is the biggest win I have had in my career so far and it’s just amazing where I am right now.

final round, we were just giving it our all.

“It’s been a challenging week and I’m just ecstatic to win this. Walking off the 15th green, my caddie told me that we’re still in it. He was saying it all day but I didn’t really think so until I birdied 16th.

“I thought we definitely have a chance. And then I made a really good par on 17. I played aggressively on the 18th hole today and for me it just happened to suit my eye.

“I was chipping the ball amazing all week. I had two chip-ins in the second round that were huge and it’s just amazing how it all came together nicely (on the last day).”

Dodt, who shot a final round 72 and held the lead after the first two rounds, said: “It was a good week - just disappointed to finish it like that.

“But all in all, it was still a solid week. Hats off to Trevor.

“I got off to a good start and thinking back about the double-bogey on 15th, I made a good bounce back with the birdie on 16. A birdie on 17 was also quite possible but didn’t make it.

“I tried to be aggressive out there today. It just got really hard on the back nine, mentally and physically. Still a lot of positives to take from this week,” he added.

Todd, who held the lead or jointly held the lead at one stage or another on the last day, before finishing with a closing two-under 70, said: “Sometimes it just doesn’t work out.

“But still, there are lots of positives to take home from this week. It’s also nice to go home and be in a decent spot on the final leaderboard.

“I’m thrilled to mark my best result on Tour this week too.”

Amir Nazrin Jailani and Shahriffuddin Ariffin were the best-placed Malaysians at Kota Permai. They both signed for five-under 211 totals that ensured them a tie for 38th on the standings.

Ben Leong was joint 47th on four-under 212, while Danny Chia and Nicholas Fung were tied for 58th on two-under 214.